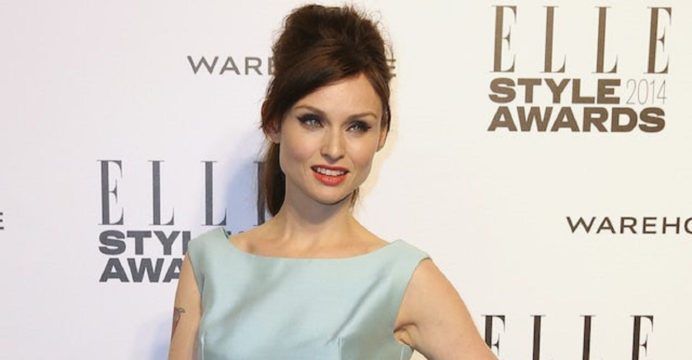 Sophie Ellis-Bextor is recovering at home after the accident

Singer Sophie Ellis-Bextor is recovering at residence with a “newly glued forehead” after a bike accident in London, the singer said.

She said on Instagram she had not broken any bones after falling from her bike while cycling along the Thames together with her husband on Tuesday.

Ellis-Bextor, who had said she had “some impressive bruises”, added that she was being “well looked after”.

The 41-year-old posted a photograph from A&E on Tuesday of her injuries.

Sharing an image of a bouquet of flowers on Friday, Ellis-Bextor updated fans on Instagram, saying: “Hello all. Just to let you know I’m doing ok. I’ve been so well looked after at home and am currently laid up on a sofa surrounded by my 3 smallest boys.

“I’ve got some impressive bruises and a swollen and newly glued forehead which I’m completely fascinated by.

“If I hurt myself, I’m always satisfied by a spectacular healing process and my puffy face has not disappointed.”

EDIT – hello all. Thank you for all the lovely messages. I should have said that the main reason I posted was to thank the incredible folk who stopped and helped (although the sympathy is very cheering) so don’t worry I’m ok and being well looked after. Richard has been amazing and the kids are being very sweet ❤️ Lots of love. I ended up in a&e last night after I took a tumble from the tow path down to the side of the Thames on my bike during an evening cycle. I’ve put the photo in black and white so it’s not too gory. 🩸I am ok, just a bit bruised and sore. I want to thank the ambulance crew and the staff at west mid hospital (where I was born, as it happens) for gluing me back together. I also want to thank Lucas, Colin, Josh and Willow who were 4 runners who stopped and helped @richardjonesface and I when I hurt myself. You were so calm, thoughtful and reassuring. Thank you very much. I hope you see this message as I didn’t get your details. You’re all lovely people. Xxxx

She thanked fans for their kind messages. “Quite overwhelming really, and almost worth falling off my bike for,” she added.

She said she felt “incredibly lucky” to have not broken anything and was lucky to have so much support.

The singer was rushed to West Middlesex Hospital in West London after the accident.

Her hit songs include Groovejet (If This Ain’t Love) and Murder On The Dancefloor, made it to the final of the 11th series of Strictly Come Dancing in 2013, securing fourth place.

During lockdown, she hosted “kitchen discos” to entertain her fans from her home every Friday night, usually wearing sparkly outfits and along with her husband and five children.