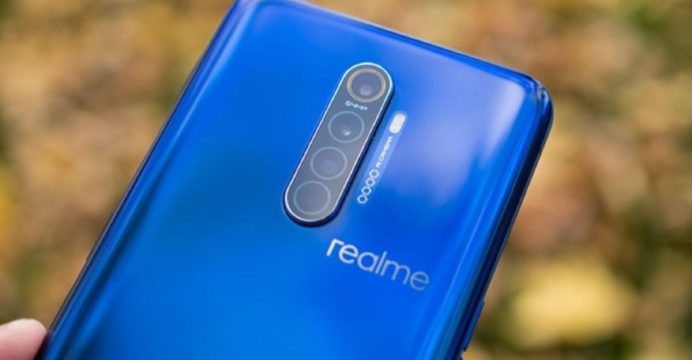 realme has just hit another milestone gaining more than 35 million users globally. As stated by the Counterpoint, at the end of January this year, the number of realme users worldwide was 25 million. In only 4 months, realme has gained another 10 million users maintaining the 7th place in the world global smartphone shipments in Q1 2020 accelerating a steep growth.

As stated by the research of Counterpoint, realme’s worldwide smartphone shipments increased by 157% year-on-year, granting realme as the fastest growing smartphone brand and ranked firmly in the Top 7 in the world. Furthermore, when the global smartphone market has experienced an extreme decline of 13% year-on-year in the Q1 of 2020, realme triumphed becoming one of the two brands that are “the only major brands to achieve growth” (Global Smartphone Shipments Plummet Below 300Mn, Counterpoint).T

Adopting the business model of “light assets, short channels, and partial e-commerce”, realme’s smartphone sales steadily grew by 10 million, obtaining a 40% sales growth. Furthermore, realme also obtained a new milestone – 1 million sales of wireless earphones across the globe, which include the Buds Air and Buds Wireless till May 2020. This year, realme plans to strengthen its multi-channel online and offline sales model to more reliably reach customers and provide a sustained momentum for the rapid growth. 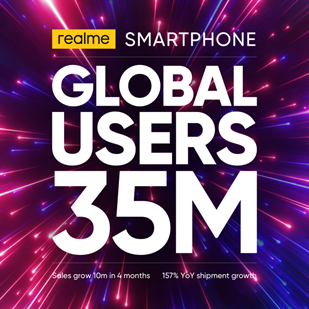 Emerging in the Mid 2018, realme has now entered 27 countries and regions around the world within only two years, including China, Europe, India, Southeast Asia and South Asia, Russia and Africa, and has ranked among the top five in multiple markets. Exploring smartphone possibilities recently the company has officially entered mobile market of Bangladesh. With every product launch, the brand has received huge feedback from the young smartphone enthusiasts and broke a few online sales records along the way.

In 2020, with the brands ‘dare to leap’ spirit, realme will keep the focus on young users, keep moving forward in both smartphone and AIoT field with realme 1+1 Strategy: Smartphone + AIoT, and is committed to bring the finest technology to empower the tech-trendy generation by facilitating their diverse needs and their endless creativity.

As ‘Popularizer of 5G’, recently, realme has introduced its first 5G smartphone – realme X50 5G, along with realme X50 Pro 5G and realme X50m in January with top-notch specs. With a trendsetting business model to bring a 3 in 1 Tech Trendsetter Life around users ‘Personal, Home and Travel’ experience, the company aims to bring the best technology to facilitate the best possible 5G services. realme plans to unveil over 20 AIoT products this year, including its line of wearables such as smartwatches and headphones; and other connected home devices from entry-level to flagship-level covering all price segments.