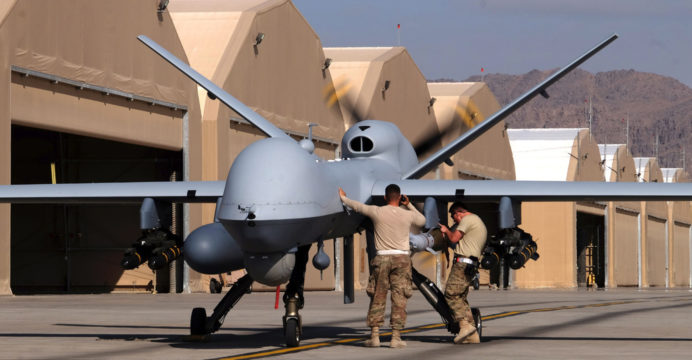 Khaled al-Mishai, the mastermind behind the killing of 30 migrants, including 26 Bangladeshis, in the Libyan city of Mizdah, has been killed in a drone strike in Garyan.

Khaled Mishai, a member of the Haftar militia, was killed in a Libyan airstrike on Tuesday in the Garyan, 60 kilometers from Tripoli. The Libyan English daily The Libya Observer tweeted this information on Tuesday night.

Last Wednesday, a local kidnapper was killed by Bangladeshi and Sudanese immigrants after being tortured by Libyan kidnappers. The next day, the militia brutally killed 26 Bangladeshi migrants. 11 more Bangladeshis were injured as well. Four more Sudanese were killed in the same attack by Libyan militias.

Warning: Some viewers may find this video disturbing

The 26 Bangladeshis who were brutally killed in Libya last Thursday were the brutal victims of human trafficking. They left the country five months ago to go to Italy. They were taken hostage by two kidnappers on their way to Europe via Tripoli 15 days ago from Benghazi, Libya. In the last phase, the abductors killed the mastermind of the kidnappers with the support of African hostages, as a result of which they had to give their lives.