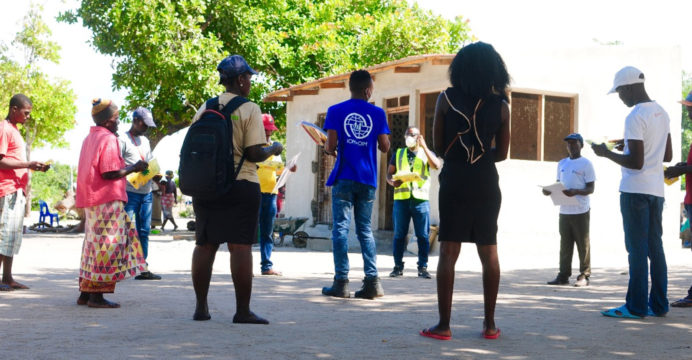 As the number of CVID-19s in Mozambique has recently exceeded 250–with cases confirmed in all provinces, there is a resumed alert for the spread of the disease in resettlement places, which host over 100,000 people were displaced by 2019’s twin cyclones Idai and Kenneth.

Recent COVID-19 preparation inspections at rehabilitation sites in central and northern Mozambique by the IOM Displacement Tracking Matrix (DTM) indicate that steps have been taken to prevent COVID-19, including the installation of handwashing stations and sensitization of residents. Nevertheless, there is a lack of health facilities and limited access to personal protective equipment as well as isolated spaces. 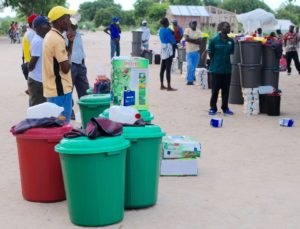 “The identification of COVID-19 cases in the vicinity of resettlement sites presents a serious risk to these communities,” said IOM Mozambique Officer in Charge Dr. Laura Tomm-Bonde.

As of June 1, Mozambique has identified 254 cases of COVID-19; Of these, 145 are in the northern province of Cabo Delgado, where thousands of families have been displaced by the cyclone and Kenneth for more than a year.

Mozambique has 3 levels of alertness – including mobilization, commercial activities and closing of many border points. Some neighboring countries have higher numbers of Covid-19s: more than 32,000 in South Africa, more than 500 in Tanzania and more than a thousand in Zambia, which raises concerns near the border.