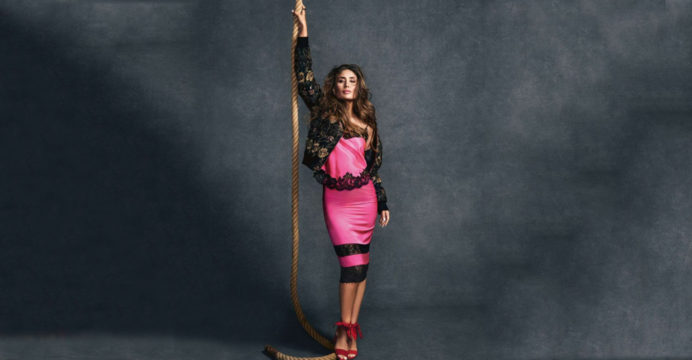 Just a few weeks ago, Kareena Kapoor Khan came on Instagram. He has already gained 32 lakh followers. And he is following only 45 people.

In this short time, he has shaken Instagram people by posting 6 posts. In this platform, Kareena is taking out all the unseen pictures from the box as she is highlighting various aspects of her personal life. Seeing her style, the eyes of the co-artists also became bigger.

Everyone has noticed a name on this list. He is Ranvir Singh. Ranvir is starring with Kareena in Karan Johar’s huge project ‘Takht’. One of Ranbir’s comments on the co-artists Instagram post revealed that his attention was drawn to the heroine.

For some time, Kareena Kapoor has been posting a regular post on Instagram saying ‘hashtag kaftan-series’. There, the fans are closing their eyes when they see the ‘heroine’ adorned with a new kaftan. Ranbir also opened his mouth and praised Kareena.

#selﬁeoftheday ❤️ " Did you ask for another Kaftan picture? No. Did I still put it up? Yes. 🤣🤣 . #ThankMeLater #KaftanSeries " – @kareenakapoorkhan

Kareena posted the picture in kaftan on the last day of the month. She is seen without glamor in this selfie. In the post, he jokingly wrote, “” Did you ask for another Kaftan picture? No. Did I still put it up? Yes.” In his fan post, Ranbir commented, “Bebo did not choose Kaftan Life, Kaftan Life chose Bebo.” Fans get a lot of pleasure from such advertising comments of Bajirao.

Ranbir’s comment got 1,794 likes. The people concerned have also understood that the understanding between the two was not bad at all while going to the throne! Ranbir and Kareena will be seen as siblings in this historical film about the Mughal Empire.