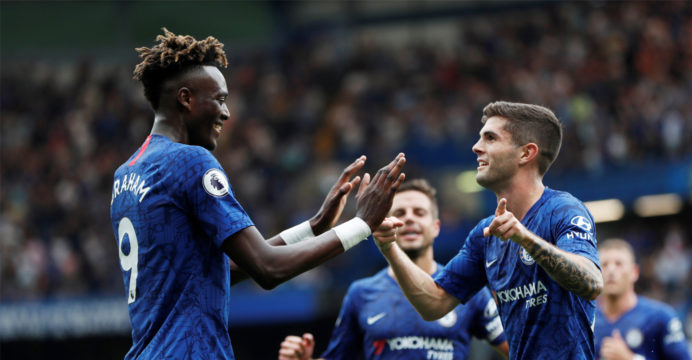 Chelsea wants to play with 20 people

It is not unknown that the world will not be the same again. Football will also change itself. London club Chelsea does not want to take any risk with the players in the post-Corona period

In this situation, considering the health risks of the footballers, FIFA proposed to bring down five footballers instead of the usual three transfers. The International Football Association Board (IFAB) has approved the Football Regulatory Authority’s proposal.

Clubs in the German league and Spanish league have agreed to play five substitutes instead of three during the match, keeping in mind the health risks of the players. Maybe the English league will agree to this. In order to finish the season on time in the next situation of coronavirus, the footballers will have to play matches at short intervals.

But Chelsea is not satisfied with just that. The club, which won the Champions League in 2012, wants to play a total of 20 players, not 18.

The whole group back together! 🙌 pic.twitter.com/Zv0UKUHg0Y

Even if 11 players play on the field, the coach can put seven on the bench of alternate players. Chelsea are seeking permission to have nine players, not seven, on the bench in the post-corona period. In other words, the number of players who can play the match will be twenty. They are going to raise this proposal at the upcoming meeting of the Premier League. If most of the clubs agree, maybe the clubs in the English league will go down to play with twenty.

And if that is the case, then the young players will benefit the most. Criticized for not giving young stars a chance, Chelsea is offering plenty of academy players this season under new coach Frank Lampard, seeking to erase the complain from the reputation.