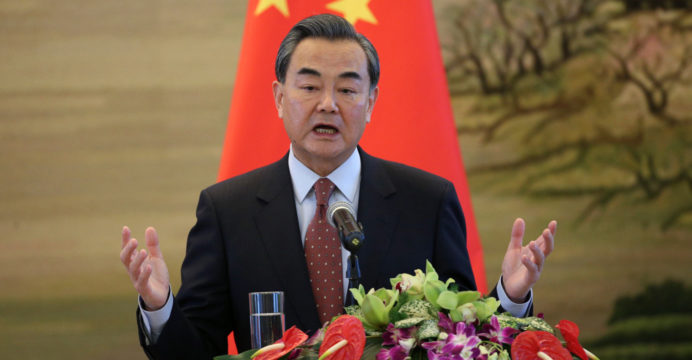 China is open to the international community’s efforts to identify the source of the coronavirus. However, this investigation must be completely free from political interference. Chinese Foreign Minister Wang Yi made the remarks on Sunday.

He sharply criticized US politicians for spreading false rumors about the origin of the virus and for trying to discredit China. Speaking at a news conference on the sidelines of China’s annual parliament session, Wang said China was open to the work of international scientists investigating the origin of the virus.

However, he said, ‘At the same time we believe that this investigation will be down with professionalism, proper and constructive way’. He added that fair means the process would be free of political interference, respect for the sovereignty of all countries and anti-crime.

Meanwhile, the United States and Australia recently called for an investigation into the origin of the coronavirus. US President Donald Trump and Secretary of State Mike Pompeo have also accused China of opacity, claiming that the virus originated in a Chinese lab.

But most scientists believe the virus has entered the human body from the animal’s body. They believe it probably originated from a wild animal market in Wuhan.

The World Health Organization has also called on China to invite them to the investigation.