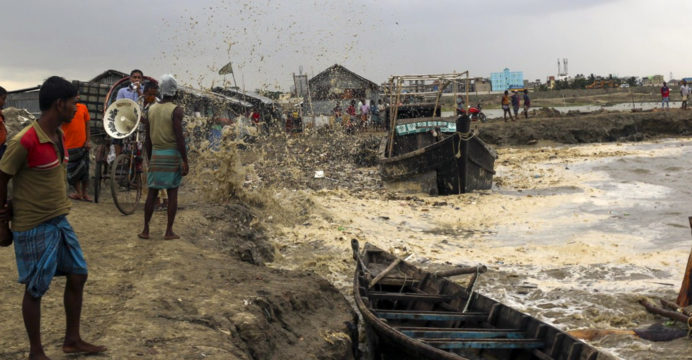 Cyclone Amphan has hit the coasts of Bangladesh and West Bengal

Cyclone Amphan has started crossing the West Bengal-Bangladesh coast along the eastern side of Sagar Island.

Meteorologist  Muhammad Abul Kalam Mallick said BSS in the evening that the cyclone was located in the coastal Sundarbans area of West Bengal-Bangladesh at 6 pm today. It may move further northeast and cross the coast in the next hours.

In the evening, the special weather forecast said that the maximum sustained wind speed within 74 kmps of the cyclone center is 160 kmph, Which is increasing up to 160 kilometers per hour in the form of gusts or gusty winds.

According to the meteorologists, it is learned that Amphan will continue to move towards the land over a large area across the coast. However, at the same time, it will lose its energy due to rain.

Amphan’s name will be erased as the land of Amphan in the terrain becomes depressed. Later, the land depression will be lost in the north-eastern part of India via Mymensingh. As a result, it will rain tomorrow, Thursday. The next day, Friday, May 22, the sun will be shining again.