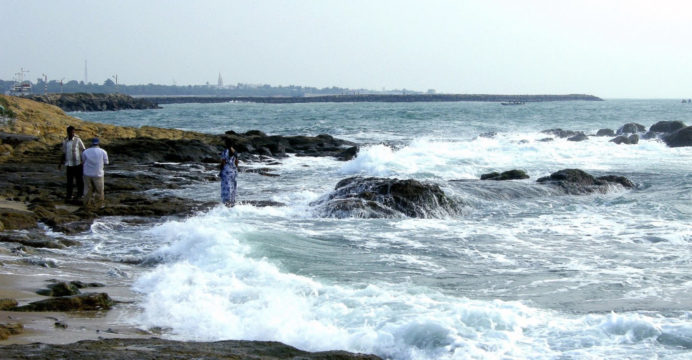 Super Cyclone Amphan has moved quite close to the coastline of Bangladesh. It was located 690 km south-southwest of Payra seaport at 12 noon on Tuesday. The meteorological department said the cyclone could cause the country’s coastal areas to be inundated with tidal waves 5 to 10 feet higher than normal.

A special notification from the Meteorological Department at 12 noon said, The super cyclone Ampan was located 610 km south-southwest of Chittagong seaport, 785 km from Cox’s Bazar coast and 695 km from Mongla seaport.

Within 90 kilometers of the super cyclone center, the maximum sustained wind speed is 225 kilometers per hour, increasing to 245 kilometers in the form of gusts or gusty winds.

In the coastal areas, tidal surges of more than 5 to 10 feet can occur. At the same time, strong winds of 140 to 160 meters can blow in these areas. Additionally, the effects of the cyclone could be heavy rains. Ships in the North Bay and the deep sea have been told to go to safety quickly.