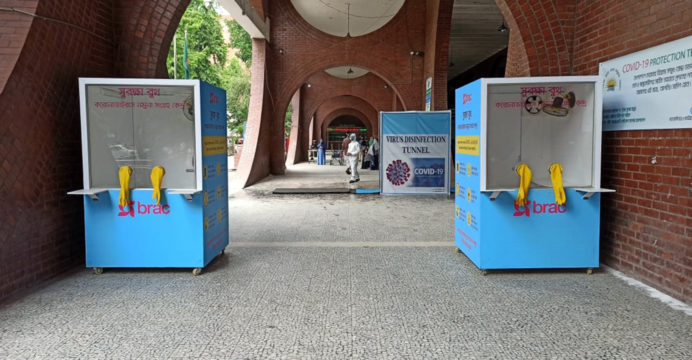 BRAC NGO is supporting the Directorate General of Health Services (DGHS) to install walk-in sample assembling booths (kiosk) in areas vulnerable to Novel Coronavirus outbreak across the country. As part of it, at least 50 of them will be placed in Dhaka within a week.

With the help of DGHS, BRAC is currently hiring medical technologists, installing kiosks, collecting samples, and shifting those samples to assigned COVID-19 testing labs. The DGHS is also helping BRAC in training technologists and giving sample collection kits to the organization. Between BRAC and the DGHS, an MOU will soon tobe signed regarding this issue.

Two methods of screening cases are being followed for sample collecting. Initially, paramedics will screen assumed patients according to national definitions of cases and contacts. Additionally, kiosks placed in various medical colleges or hospitals will collect samples from patients referred to them.

AD of BRAC Health, Nutrition, and Population Programme Morseda Chowdhury stated, “We will set up 100 walk-in kiosks over 19 risky areas to expedite the government’s ambition of scaling up testing capacity along with the government’s continuing activities. 50% of these kiosks will be set up in Dhaka.” 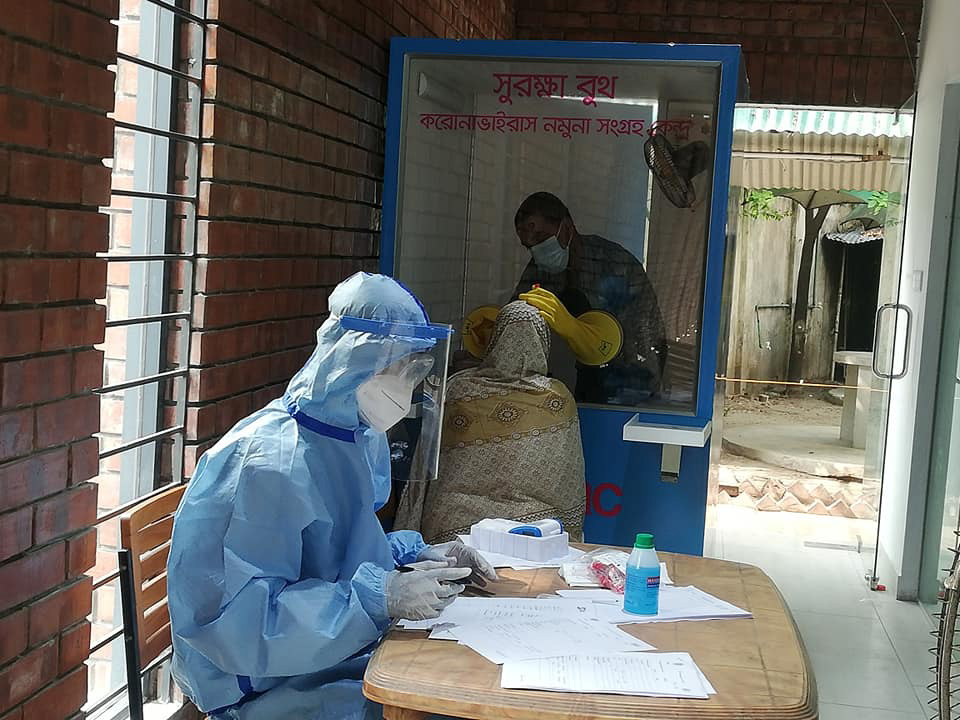 Elderly people, people with existing comorbidities, doctors, healthcare workers, the staff at health facilities, and those working in closed settings such as workplaces or classrooms will be prioritized for sample collection given the constraint in resources.

Initially, BRAC has installed kiosks in Bangabandhu Sheikh Mujib Medical University (BSMMU) and Shaheed Suhrawardy Medical College Hospital (SSMCH) on a pilot basis. Than other Kiosks have started to install. till 11 May 2020, 17 kiosks have been installed at 14 spots in Dhaka as per the DGHS directive and that work on installing more booths is in progress.