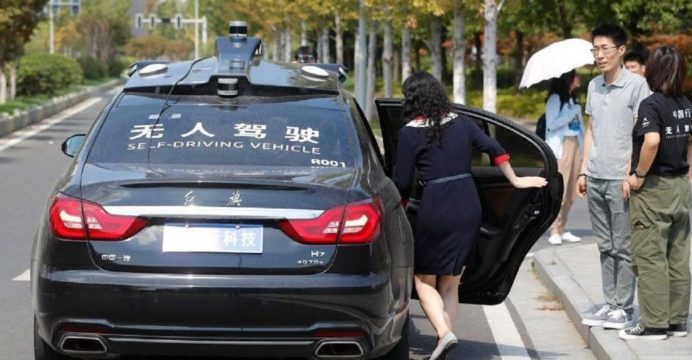 The increasing number of self-driving taxis in China comes at a time when people are nervous about taking public transit.

Providers of Robotaxi plan to increase the number of driverless cars they are introducing on the roads to cater to the rising demand.

One of the leading players AutoX is rolling out 100 autonomous cars in Shanghai within next month.

The start-up is one among various companies in China quickly moving to supply self-driving taxi services to the mass public.

“The pandemic has made our society realise that we need self-driving cars for situations like this,” said a spokesman for AutoX, which is backed by Chinese internet giant Alibaba. “RoboTaxi with its self-disinfecting capabilities and driverless logistics could save lots of lives.”

Baidu, an internet search engine, China’s answer to Google, is rolling out a fleet of its Apollo robotaxis in three different Chinese cities , although it hasn’t revealed the quantity. Baidu worked with several automakers such as Toyota, Honda and Ford for the evolution of Apollo.

“The epidemic highlights the large demand for autonomous driving technologies during special times,” said a spokesman for Baidu. “We and partners are already using driverless vehicles during the epidemic and we’ve deployed 104 driverless vehicles across 17 cities to help with disinfection, delivery and transportation of goods.”

During this first stage, the robotaxis will not be accurately driverless as they need a human safety driver at the wheel. “The safety drivers will be phased out- that is absolutely the intention of this service,” added the AutoX spokesman. “Virus spread will be a concern for a long time, so this strongly motivates this type of automation.”

In February, the government of China issued a blueprint for evolution of smart cars, to boost up the production of high-level autonomous cars by 2025. 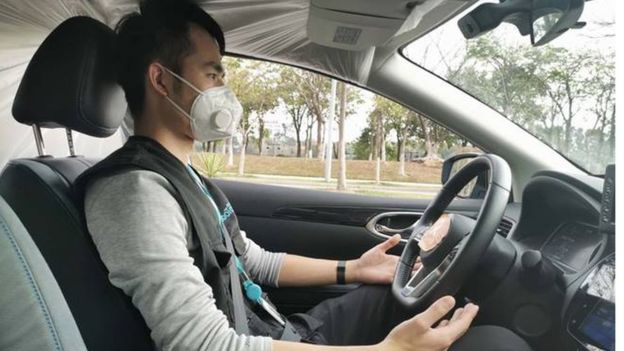 The firm has been testing robotaxis in both China and also the US. James Peng, cofounder of Pony.ai, said the Coronavirus outbreak could prove to be an “accelerator” of the craze towards autonomous driving.

Guangzhou-based WeRide has come into partnership with Baiyun Taxi Group to trial a fleet of 40 cars. WeRide said it hopes that, within 2021, fully driverless robotaxis will be ready. But there are still many legal and regulatory hurdles for robotaxis to overcome whether or not the technology is prepared.