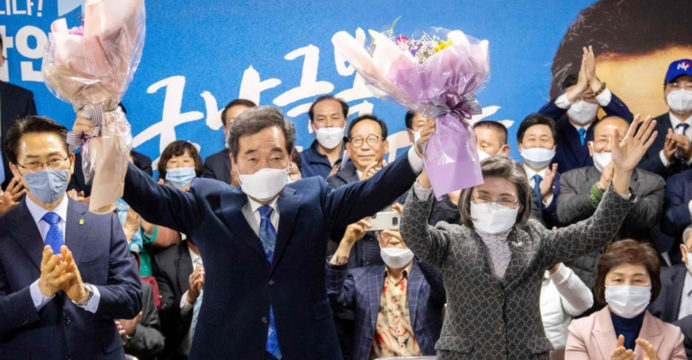 His Democratic party secured an absolute majority in the National Assembly, its first for 12 years, on a turnout of 66.2 percent — the highest at a parliamentary election since 1992.

Just a few months ago Moon was threatened by scandals over power abuse and sluggish economic growth, while critics called his dovish approach towards North Korea unrealistic.

But the South’s relatively quick and effective handling of the epidemic — it has also exported test kits to at least 20 countries — has been a boon for Moon and his party ahead of the polls, largely seen as a referendum on his performance.

Koreans’ confidence in Moon’s administration was boosted by his so-called “coronavirus diplomacy”, such as recent bilateral phone calls with at least 20 state leaders, said Minseon Ku, a politics scholar at Ohio State University in the US. 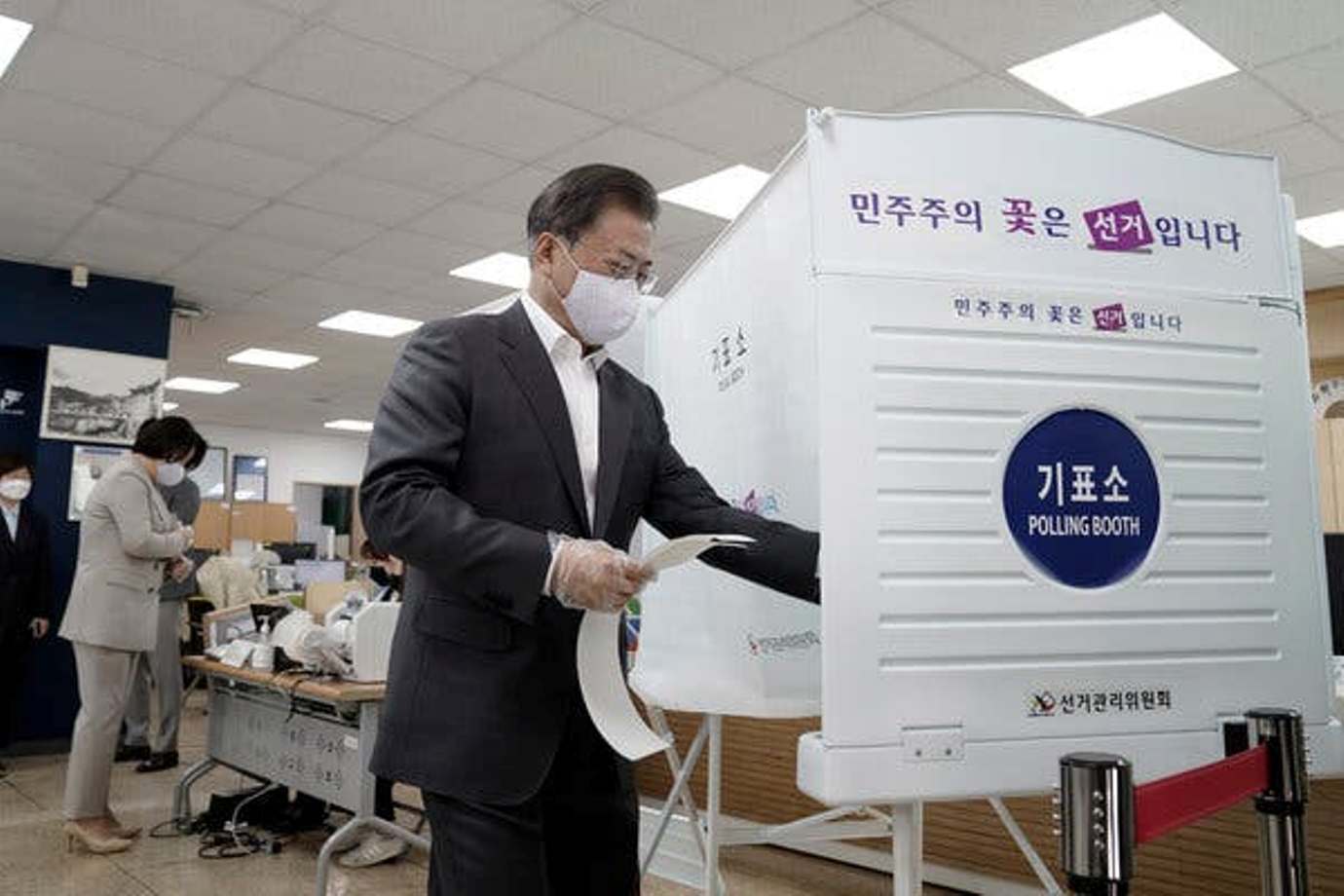 She added that the president had successfully framed the pandemic as an “opportunity for South Korea to restructure its economy — capitalising on industries like AI and biopharma”.

This “coupled with South Korea’s global recognition” for its handling of the outbreak sat well with voters, Ku said.

South Korea was among the first countries to hold a national election during the pandemic, with citizens still being asked to maintain social distancing after enduring one of the worst early outbreaks of COVID-19.

All voters were required to wear protective masks, clean their hands and don plastic gloves, and undergo temperature checks on arrival at the polling station.

Those found to have fevers cast their ballots in separate booths disinfected between each user.