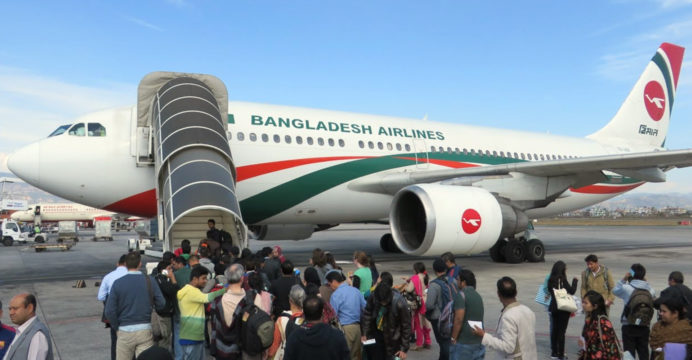 Biman Bangladesh Airlines today decided to cut off its entire connectivity by suspending flights to its last two destinations – London and Manchester – for at least one week for containing outbreak of COVID-19 pandemic.

The Biman has decided to suspend its London and Manchester flight for a week, for now, Biman’s Managing Director and Chief Executive Officer Mokabbir Hossain disclosed the information using social media.

Biman Chief said Biman will operate its next flight to London and Manchester on March 29 and it will be flown back Dhaka on March 30.

After that, the one-week suspension will be effective, Mokabbir said.

The national flag carrier used to operate weekly 14 from and in flights to these two destinations in the United Kingdom under its usual schedule. 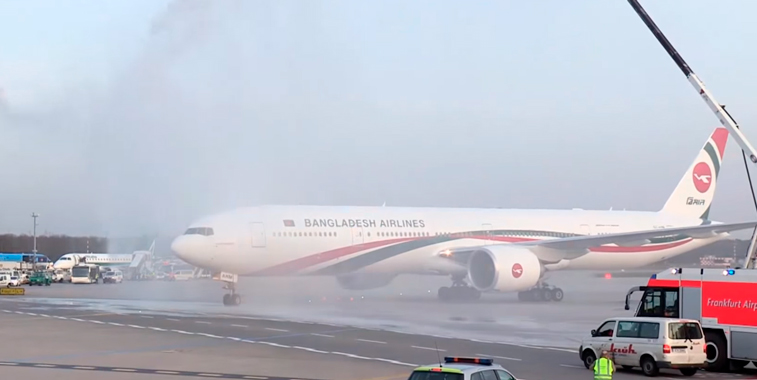 The suspension of London and Manchester flights seems as the last nail on the coffin as Biman already had to cut off its flights to rest 15 international destinations one by one due to traveler’s ban imposed by Bangladesh government and other countries to contain outbreak of the coronavirus.

Biman had also suspended flights on all seven domestic routes for an indefinite period as per the government desperate efforts to holdback mass mobility.

Earlier, the airline extended its flight suspension to Jeddah, Madina, Riyad, Dammam, Kuwait, Doha, Masqat and Bangkok till April 5, Abu Dhabi till April 7, Dubai till April 9, Singapore up to April 11, Kathmandu as of April 12, Kuala Lumpur till April 14 and Kolkata and Delhi till April 15, an official said.