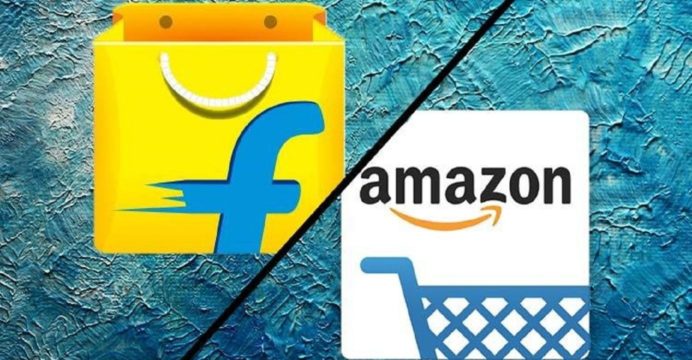 Amazon and Flipkart are facing disruption in India due to lockdown

E-commerce companies including Amazon and Flipkart are facing disruption in India just three days into a lockdown to fight the coronavirus pandemic, despite government assurances they would not, sources familiar with the matter said on Friday.

Differing state and district level regulations are hindering operations, the four sources, who asked not to be identified, said. In some cases, for example, it has been difficult for e-commerce firms to get curfew passes for their delivery people, reports reuters.

The 21-day lockdown began on Wednesday.

Industry executives say local authorities have not uniformly followed guidelines and have stopped delivery staff and company warehouses from operating.

Most of Amazon.com Inc’s 60 plus fulfillment centers in India are shut, with the company in talks with state authorities to swiftly reopen warehouses, three of the sources said.

“It’s worse than one can think,” said one.

A second source said only a “miniscule” number of Amazon warehouses were operational in the country, citing it as a key reason for disruptions. Even when operations do begin to partially normalize amid the lockdown, it will only be in major cities, the source added.

Amazon did not immediately respond to a request for comment.

The disruptions highlight the difficulties of ensuring the supply of essential goods to 1.3 billion people during the nationwide shutdown. India has reported 724 cases of coronavirus so far, and 17 deaths.

Several users in India sought help from Amazon on Twitter about ordering essential items, and the company responded saying it was unable to deliver due to local restrictions.

“There are clear guidelines provided by Government to enable essential services, and so we are working with the relevant authorities to ensure we are able to operate,” it tweeted.

On Thursday, trade minister Piyush Goyal held a meeting with e-commerce executives, and said later the government was “committed to ensuring that essential goods reach the people.”

Walmart-owned Flipkart has also been hit by the shutdown. It was not clear how far its operations remained disrupted – some grocery items available earlier on Friday in New Delhi were intermittently going out of stock.

A source familiar with the situation said Flipkart, like other e-commerce companies, was facing challenges with last-mile delivery of goods once they leave its warehouse due to restriction on movements.

In a statement, Flipkart said it had resumed grocery operations and there was a significant spike in orders.

“We are enhancing capacity to meet the increase in customer requirements,” the company said, adding it had received support from local and federal authorities.