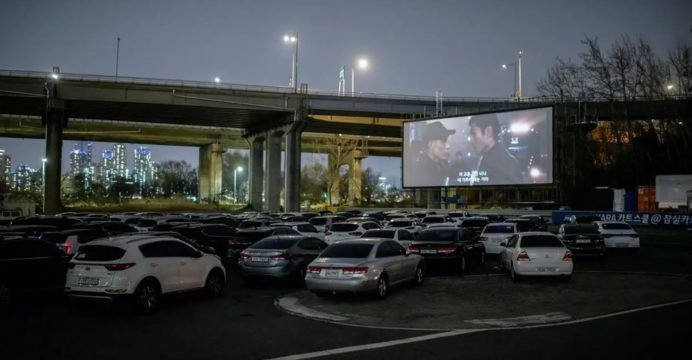 A long queue of cars forms in front of a drive-in cinema in Seoul, as South Koreans look for safer spaces to enjoy a movie without the risk of contracting the coronavirus raging across the world.

Box office numbers in South Korea — which has 8,897 confirmed virus cases — have plummeted in recent weeks due to the epidemic, with authorities urging the public to avoid large crowds.

But at Park Dong-ju’s drive-in cinema, moviegoers can enjoy a film from the comfort of their cars, parked in front of a large outdoor screen.

“We’ve had a 10-20 percent increase in sales for weekdays, and sell out on weekends,” Park said, adding: “We’re definitely getting many more calls and internet inquiries after the coronavirus outbreak.”

A website for his drive-in cinema shows a large banner that reads, “Open throughout the year”, a stark contrast to some theatres worldwide forced to suspend business over virus fears. 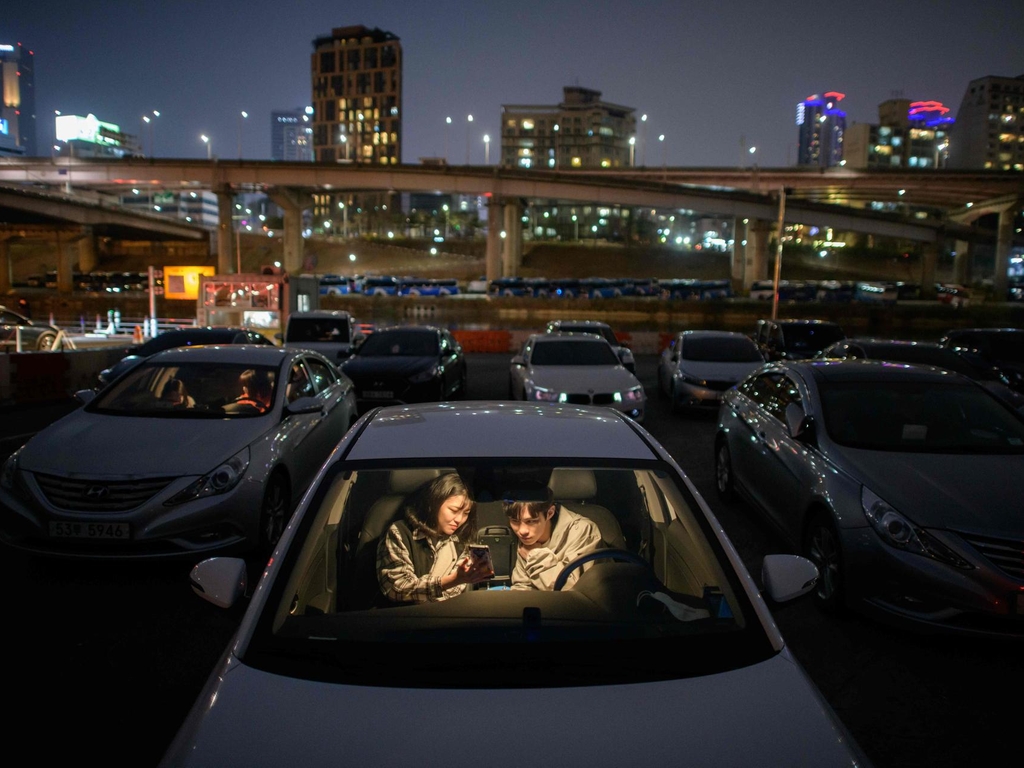 Choi Jin-young, a 22-year-old hospital worker, said she had to wait two hours for tickets and was worried that it might sell out for the weekend.

“I wanted to enjoy culture life with my boyfriend but since cinemas are dangerous and worrying to go, I looked for a special date and that’s how we came here,” she said.

Park Ji-seung, 24, said he refrained from going outside due to the coronavirus outbreak, but added he felt “safe” at the drive-in cinema.

South Korean Prime Minister Chung Sye-kyun urged religious, indoor sports and entertainment facilities to suspend operations for 15 days, asking the public to work from home and refrain from going outside.

Scores of events — from K-pop concerts to sports matches — have been cancelled or postponed over the contagion.