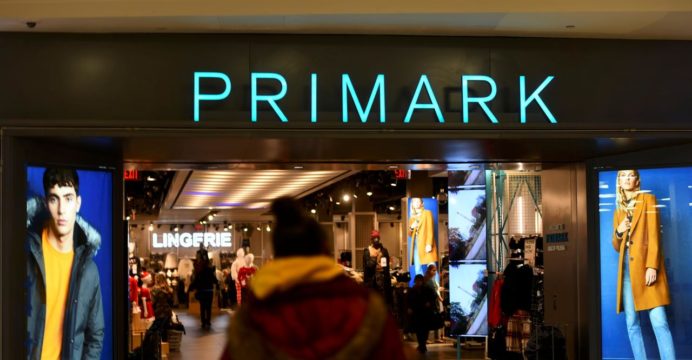 Primark’s 189 UK stores have closed “until further notice”, as demand drops due to social-distancing during the coronavirus pandemic.

It has already shut stores elsewhere and said it wanted to protect the health of employees and customers, reports BBC.

Other High Street retailers, such as John Lewis and Timpson, have already announced closures amid the pandemic.

A Primark spokesperson said that any staff affected by store closures would receive full pay for their contracted hours for 14 days.

Meanwhile the John Lewis department store chain will close all of its 50 shops temporarily from Monday for the first time in its 155-year history.

The online site will still be available, while the group’s 338 Waitrose stores will stay open to deal with a spike in demand for groceries. More than 2,000 John Lewis workers are already working across Waitrose.

Other retailers have said that they would shut their shops temporarily although government has not yet ordered them to close, unlike restaurants, bars and pubs.

The chief executive of the Timpson Group posted on social media that the shoe repair firm’s 2,150 stores would shut from Monday.

Branches of WH Smith, Next and B&Q are among retailers to remain open.

James Daunt, the boss of Waterstones, had said that his bookshops provided an “important social resource” and would stay open until forced to close. However, late on Sunday the chain announced that it would be temporarily shutting all of its outlets by the close of trade on Monday.

As many UK firms warn of the impact of the pandemic, the City watchdog has asked them not to publish preliminary financial statements that were due in the next few days.

The Financial Conduct Authority (FCA) asked all listed companies to delay plans to publish by at least two weeks.

Primark stores across the US, France, Spain and Italy have already shut their doors to try to contain the spread of the virus.

In response to falling demand, the firm has now stopped placing any orders for clothes to be made in the future.

It also has a large amount of stock in stores, warehouses and in transit that has already been paid for.