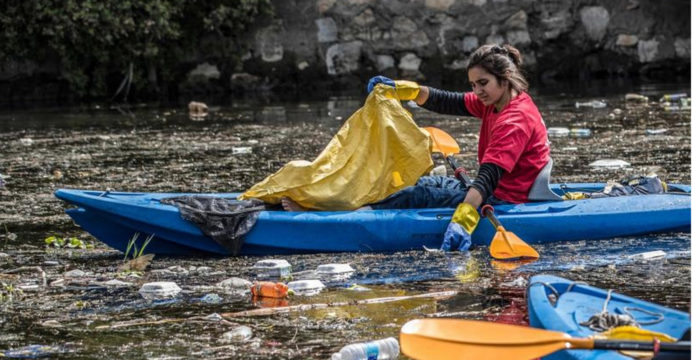 Early one morning in Cairo, volunteers paddle their kayaks across the Nile, fishing out garbage from the mighty waterway that gave birth to Egyptian civilisation but now faces multiple threats.

Egypt’s lifeline since Pharaonic days and the source of 97 percent of its water is under massive strain from pollution and climate change and now the threat of a colossal dam being built far upstream in Ethiopia.

Undeterred, the flotilla of some 300 environmental activists do what they can — in the past three years they say they have picked some 37 tonnes of cans, plastic bottles, disposable bags and other trash from the waters and shores along the Nile in Egypt.

“People have to understand that the Nile is as important — if not more — than the pyramids,” said Mostafa Habib, 29, co-founder of the environmental group Very Nile.

“The generations coming after us will depend on it.” 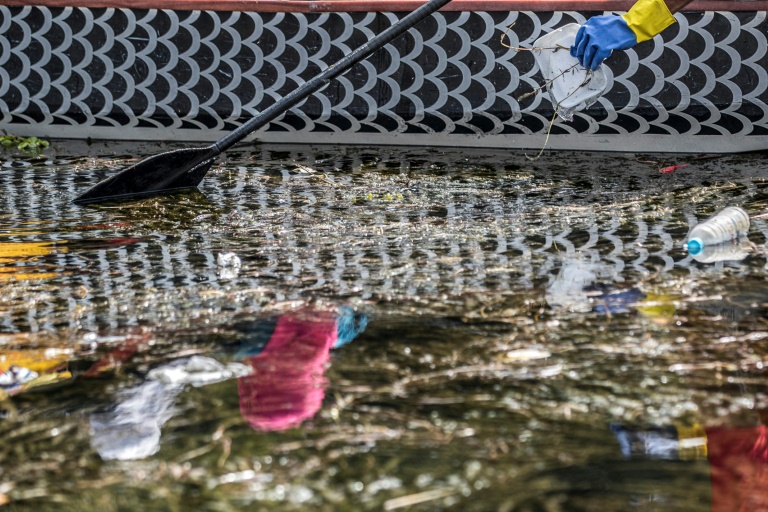 His fears echo those that millions worldwide share about other over-taxed and polluted rivers from the Mekong to the Mississippi — an issue to be marked on World Water Day on March 22.

No country is more reliant on the Nile than Egypt, whose teeming population has just passed 100 million people — over 90 percent of whom live along the river’s banks.

Surrounded by a green valley full of palm trees, the north-flowing river is awash with boats of all sizes for tourism, fishing and leisure.

“All of us Egyptians benefit from the Nile, so cleaning it up is a way of giving back to my country,” said one of the volunteers, Walied Mohamed, a 21- year-old university student.

“The Nile is the main source of drinking water for Egypt. We have no other major rivers flowing in our country.”