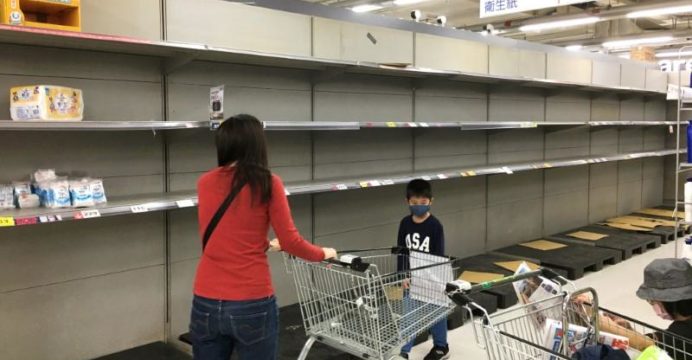 Taiwan reported 18 new coronavirus cases on Saturday, all imported from people coming from countries including the United States, Britain, South Africa and Indonesia or those having contact with them, bring the total number of infected to 153.

While Taiwan’s initial efforts to control the spread of the virus have won praise at home and abroad, it is now facing an upsurge in cases from people bringing the virus with them to the island, as are some other countries in Asia, reports Reuters.

Taiwan has reported two deaths, while 28 have been released from hospital. The rest are in stable condition, the government said in a statement.

Taiwan has tightened entry controls, banning all foreigners apart from those with residence permits from coming in, and mandating 14 days of home quarantine for all people arriving on the island.

Taiwan’s Foreign Ministry said foreigners who entered before March 21 on a visitor visa, a landing visa, or through the visa-waiver scheme and who have not overstayed their original stay period will be given an automatic 30-day extension.

Separately, Taiwan’s two main carriers, China Airlines and Eva Air, said on Saturday they would be checking temperatures of all passengers before boarding, and will not allow travel for those whose temperatures exceed 37.5°C (99.5°F).

China Airlines said that all passengers would have to wear face masks starting from check in, apart from eating and drinking.