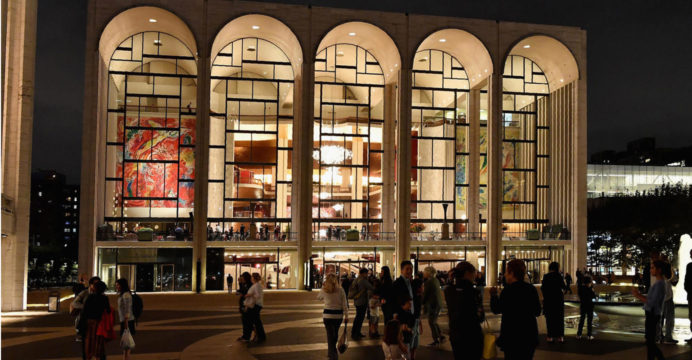 After four years of work, composer Paola Prestini was just a week away from premiering her commissioned opera with a company in the US state of Minnesota — before coronavirus abruptly halted performances worldwide.

The global pandemic has effectively shut down live music everywhere from prestigious houses to indie venues, Broadway to festivals, and left artists in the United States like Prestini with an unclear path forward in a country with a minimal safety net for anyone, let alone creatives.

The New York-based musician, who also co-founded Brooklyn’s popular arts institution National Sawdust, said learning that production of her opera “Edward Tulane” was postponed until 2021 was a moment when “your heart stops.”

“Being a new music composer and a woman, it’s like these opportunities that we’ve fought for years and years and years to have, and working so hard to get to this point — it’s heartbreaking,” she told AFP.

“The ripple effects of this are going to have a really huge impact on the industry at large,” Prestini said of the virus that has all but ended public life across many nations and infected at least 209,500 people globally, leaving more than 8,700 dead.

Coronavirus hit pause on scores of concerts as music venues fell like dominoes, including New York’s Metropolitan Opera and Carnegie Hall, where Prestini’s husband, a cellist, also lost a show.

A similar pattern played out elsewhere, as countries including France, Italy and Spain went into strict lockdown.

Institutions across the globe are encouraging ticket holders not to ask for refunds, or to pay it forward with donations or by purchasing gift certificates.

“I think every company is doing their best to honor artists and pay them,” said the 44-year-old, who was born in Italy and raised in the US.

“But what we’re seeing is these really fragile ecosystems being exposed,” she said.