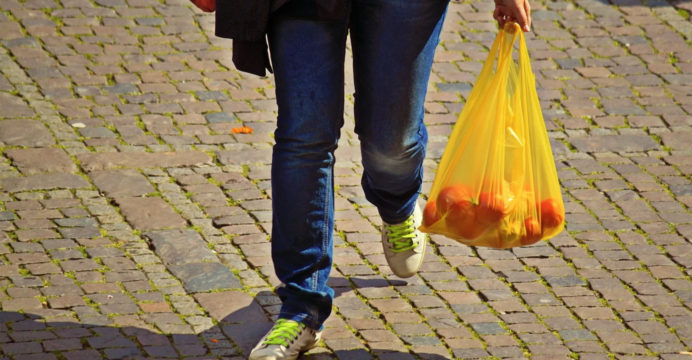 Oman to ban single-use plastic bags from next year

Oman will ban single-use plastic bags starting next year as part of efforts to reduce pollution and protect the environment, Muscat announced on Sunday.

Located in the south of the Arabian Peninsula, Oman stands out among its Gulf neighbours for its exceptional natural mountainous landscapes and rich marine life.

“Companies and establishments are prohibited from using single-use plastic bags with the aim to protect the Omani environment,” the ministry of environment and climate affairs said in a statement.

It warned that violators would face fines of up to 2,000 Omani rials (4,600 euros) when the ban takes effect on January 1, 2021, with repeat offenders “getting fined double the amount”.

According to the United Nations, Oman — which had become renowned as a travel destination for its desert camping and turtle-watching — attracted 2.3 million tourists in 2018.

“Plastic bags are often ingested by turtles and dolphins who mistake them for food,” the United Nations Environment Programme (UNEP) has warned.

“High concentrations of plastic materials, particularly plastic bags, have been found blocking the airways and stomachs of hundreds of species.”

A number of countries, including recently the United Arab Emirates, have taken measures to curb single-use plastic bags.

Last week, Abu Dhabi announced it aims to ban their use in the UAE capital by 2021.