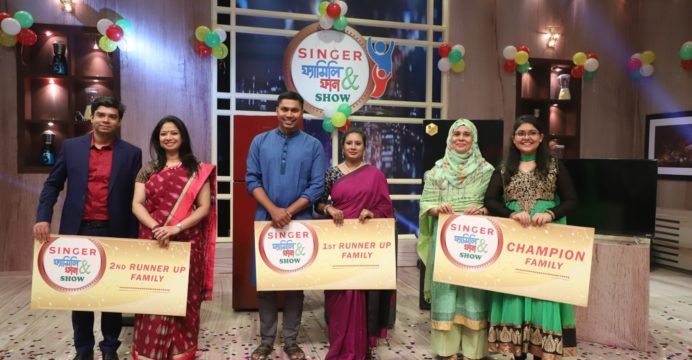 Anowarul Islam and Sahanara Jiyasmin, a couple from Rajshahi became the 1st runner-up while A K M Hosainujjaman and Tanjila Sultana, a couple family from Dhaka became the 2nd runner-up. A total of 7 families made it to the finals from a total of 91 families who competed among them in 13 episodes of the Show.