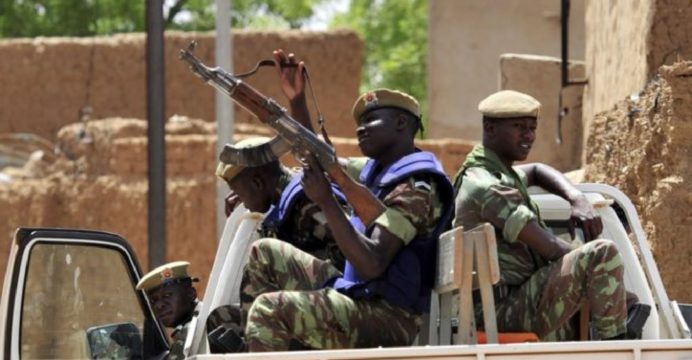 An ambush on a police patrol in northern Burkina Faso on Monday left four people dead, three of them officers, police said.

The attack, carried out in the morning by unidentified gunmen, killed a police lieutenant, two sergeants and a civilian, a police statement said.

Another five people were wounded, the statement added, without saying if they were police officers or civilians, reports BSS.

Monday’s attack happened on the Pissila-Gibga axis of the Sanmatenga province, in the West African country’s Centre-Nord region.

An attack on last Tuesday killed three soldiers from a detachment at Kelbo, in the farther north Soum province, in the Sahel region bordering Mali.

Burkina Faso, which shares a border with Mali and Niger, is caught up in an Islamist insurgency in which repeated attacks have claimed 750 lives since 2015.

Under-equipped and poorly trained, the country’s security forces have not been able to counter the deadly raids in their territory, despite the help of foreign soldiers, notably French troops.

According to UN figures, the jihadist attacks in Mali, Niger and Burkina Faso killed 4,000 people in 2019 and caused an unprecedented humanitarian crisis.

The attacks have forced more than 770,000 people to flee their homes, 20,000 of them schoolchildren, according to the Burkinabe authorities.