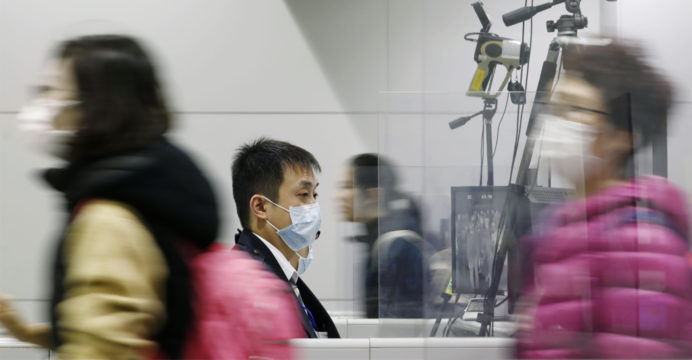 The reported “outbreak” of corona virus in China has forced India to expand thermal screening of passengers arriving from the affected country including Hong Kong to seven airports as the government has asked airports authorities to strictly follow the screening process.

The thermal screening of the passengers of India-bound passengers from China and Hong Kong would be done at the seven identified airports-Chennai, Bengaluru, Hyderabad, Cochin, Delhi, Mumbai and Kolkata, official sources said here last evening.

According to the fresh travel advisory issued by Union Health Ministry yesterday, the in-flight passengers from Wuhan, Hubei province of China and Hong Kong have been asked to follow certain pre-cautionary measures at the airports to prevent spread of ‘Novel Corona Virus Disease (nCoV) in India.

The passengers with history of fever and cough and history of travel to Wuhan City in last 14 days have to make self-declaration at the ports of arrival or to state health authorities.

Besides, travelers, who have visited the affected city and do not have any symptoms on arrival, but develop above mentioned symptoms within 28 days of arrival in India, should visit nearest hospital facility and report to the state or district health authorities and concerned airport health officer. 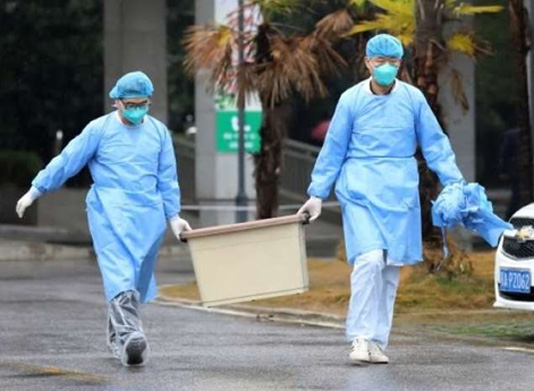 In order to facilitate early isolation, in-flight announcements to be made by the airlines in this regard when airlines staff to guide the passengers in filling up the self-reporting forms before disembarkation.

Meanwhile, health departments in several countries including the United States of America started screening passengers arriving from China at their airports.

As part of the screening at San Francisco, Los Angeles and New York airports, the temperature of the passengers were recorded and they had to fill out a form, including furnishing their contact details, media reports said.

Besides, China warned today that a Sars-like virus could mutate and spread as the death toll rose to nine and the number of cases reached 440 in 13 provinces across the country. Another 2,197 cases of close contact with patients had been confirmed and there was evidence of “respiratory transmission” of the virus, news agency AFP reported quoting Li Bin.

The illness is transmitted via the respiratory tract and there “is the possibility of viral mutation and further spread of the disease,” Li, Vice Minister of National Health Commission of China said at a news conference yesterday in Beijing.