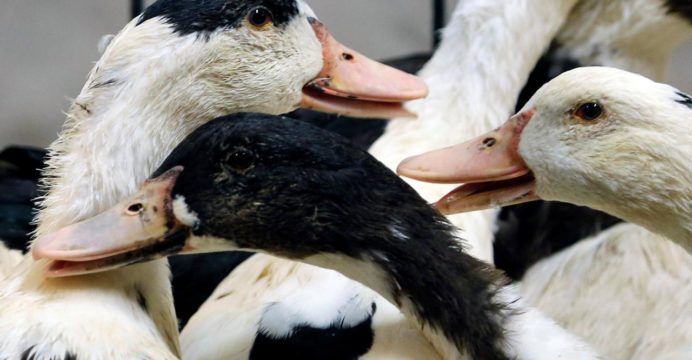 A new outbreak of bird flu reported in Poland on Monday

A new outbreak of bird flu was reported in Poland on Monday, with around 6,000 geese now set to be exterminated, a regional spokesman confirmed to Reuters, adding to about half a dozen cases already detected across the country since December.

“Six thousand geese at the farm (are) set for extermination, the state veterinary inspectorate has already taken steps,” Tomasz Stube, the spokesman for the Wielkopolska region told Reuters.

The strain of the virus was a subtype of the highly pathogenic H5N8 bird flu, Polish state news agency PAP reported, which can also pose a threat to human health.

Last month’s outbreak in Poland, Europe’s largest poultry producer, was preceded by an outbreak in 2017.