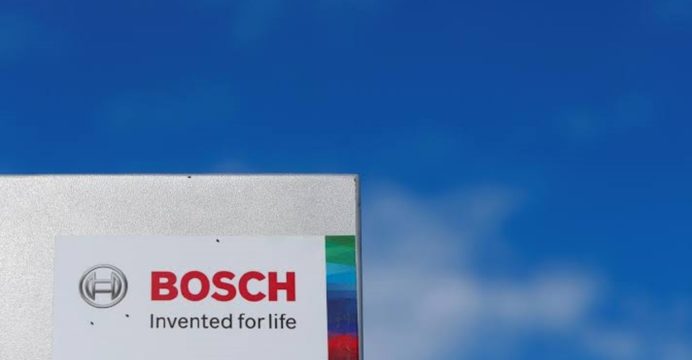 German automotive supplier Robert Bosch said Thursday it has developed a sensor that lets cars “see” a three-dimensional view of the road, aiming to lower the cost of technology that could speed the development of self-driving vehicles.

Privately-held Bosch said the internally-developed lidar sensor, which it will show at the Consumer Electronics Show in Las Vegas next week, will cover both long and close ranges on highways and in the city and will work in conjunction with the company’s camera and radar technologies.

Lidar technology, which uses light-based sensors to generate a three-dimensional view of the road, remains a relatively young technology that is still in flux. In its current form, it is too expensive for mass market use, but if a cheaper lidar sensor were widely adopted, it could provide more depth data that would allow self-driving cars to detect the distance to other road users like pedestrians.

While numerous start-ups are working on lidar, the involvement of large and trusted suppliers like Bosch could help speed adoption of the technology.

“Bosch is making automated driving a viable possibility in the first place,” Bosch management board member Harald Kroeger said in a statement.

Initially using bulky spinning devices placed on the roof of cars, lidar developers have transitioned to more compact solid-state devices that can be mounted on other parts of a car, such as near the headlights. These now sell for less than $10,000 in limited quantities, but analysts say they must sell for as little as $200 in mass production to become commercially viable.

Bosch did not provide a timeline, pricing or technology details for its lidar, but a spokesman said the company is working on making the sensors “production ready” and the focus will be on “affordable mass market” technology.

The spokesman declined to say whether Bosch already had auto customers for the sensor.

The development of self-driving cars has hit a speed bump as costs and regulatory concerns cause automakers and tech companies to rethink their plans.

Last April, Musk called lidar “a fool’s errand” that was too costly and said anyone relying on the technology was “doomed.” Tesla vehicles rely on cameras and radars as their vision system for self-driving.

Hundreds of millions of dollars have been invested in lidar start-ups over the last few years.

Other major suppliers developing the technology include Valeo, Aptiv, and Continental. Last July, Valeo said it had won 500 million euros ($560 million)worth of orders for its lidar sensor products.