US President Donald Trump warned Tehran it would “pay a very big price” after a mob of pro-Iranian demonstrators stormed the American embassy compound in Iraq, as his government said it is sending hundreds more troops to the Middle East.

Angered by US air strikes that killed two dozen paramilitary fighters on Sunday, hundreds of protesters spilled through checkpoints in the high- security Green Zone Tuesday, demanding the removal of American troops from Iraq and voicing loyalty to a powerful Iranian general, Qasem Soleimani of the Revolutionary Guard Corps.

US Secretary of State Mike Pompeo said the attack was “orchestrated by terrorists,” one of whom he named as Abu Mahdi al-Muhandis.

Muhandis has been identified as second-in-command of the Tehran-backed Hashed al-Shaabi paramilitary group which includes Kataeb Hezbollah, the group that was targeted in the US air strikes. 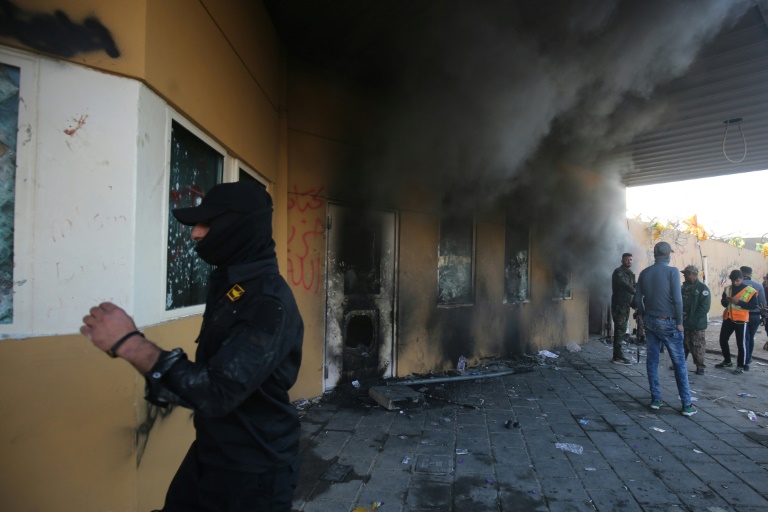 Defense Secretary Mark Esper said around 750 troops from a rapid response unit of the 82nd Airborne Division are prepared to deploy over the next several days to the region.

“This deployment is an appropriate and precautionary action taken in response to increased threat levels against US personnel and facilities, such as we witnessed in Baghdad today,” he said.

Prior to the announcement, a US official told AFP that “up to 4,000 (troops) may ultimately be deployed”. 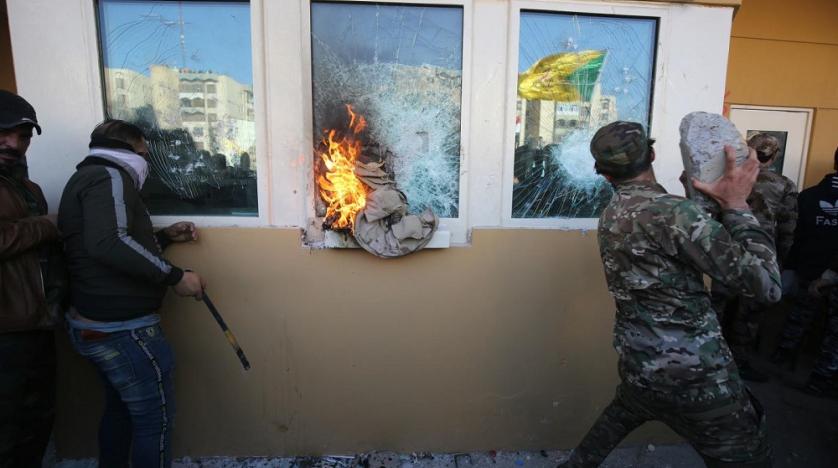 The US had already flown a rapid response team of Marines into Baghdad to reinforce its embassy after the attack Tuesday, which left smoke and flames rising from the embassy entrance and further heightened tension between Tehran and Washington.

Esper’s announcement is the latest move by Washington to step up its defences in the region since US President Donald Trump in May 2018 pulled out of a multinational nuclear deal with Iran and re-imposed crippling economic sanctions.

Trump blamed Tehran for the embassy attack and warned that it would face punishment if Americans are killed.