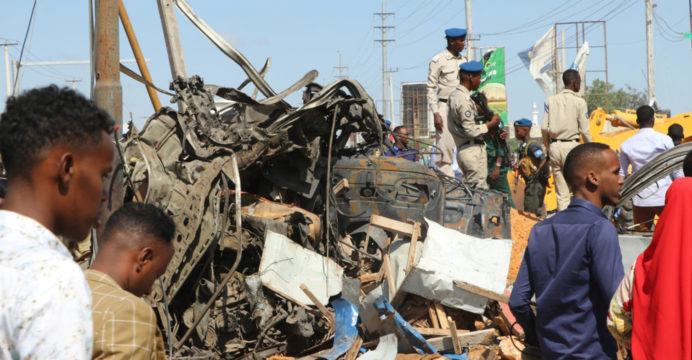 A massive car bomb exploded in a busy area of Mogadishu on Saturday, leaving at least 76 people dead, many of them university students, officials said.

The blast occurred at a busy intersection southwest of the Somali capital where traffic is heavy because of a security checkpoint and a tax office.

The wounded were carried on stretchers from the site, where the force of the explosion left charred and twisted remains of vehicles.

Mogadishu is regularly hit by car bombings and attacks waged by Al-Shabaab Islamist militants allied to Al-Qaeda, but Saturday’s blast is the deadliest in about two years. 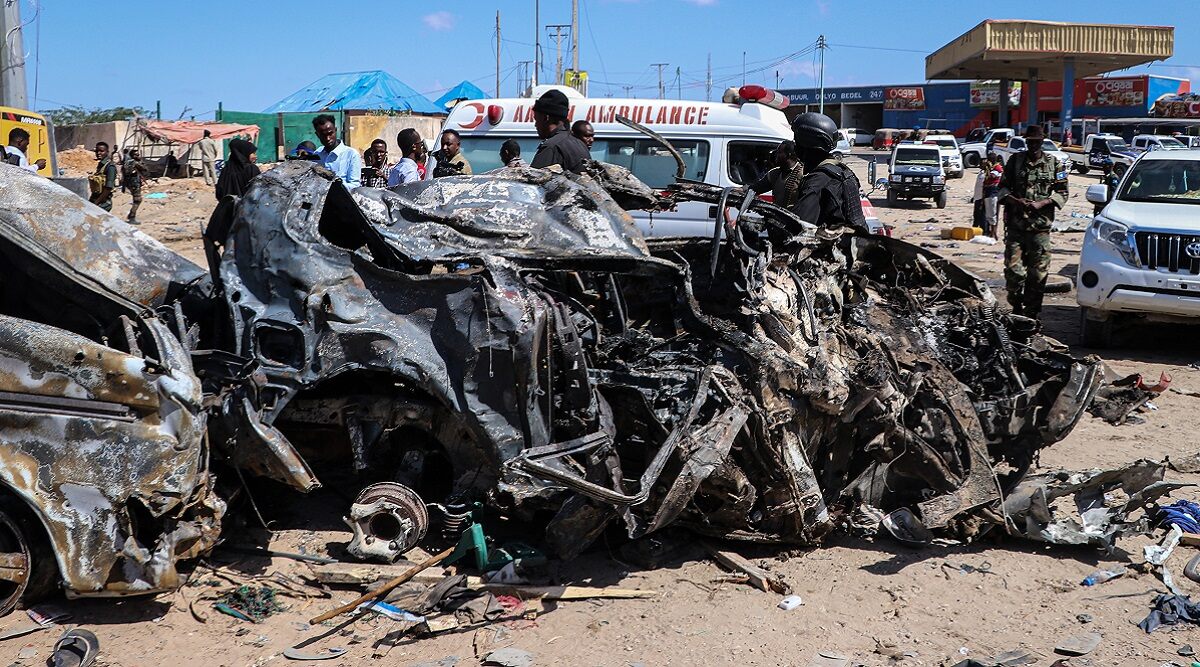 Many of those killed are believed to be university students whose bus was hit by the blast. Two Turkish nationals also died, police said.

“The number of casualties we have confirmed is 76 dead and 70 wounded, it could still be higher,” the director of the private Aamin Ambulance service, Abdukadir Abdirahman Haji, told AFP.

“We have confirmed that two Turkish nationals, presumably road construction engineers are among the dead, we don’t have details about whether they were passing by the area or stayed in the area,” he said.