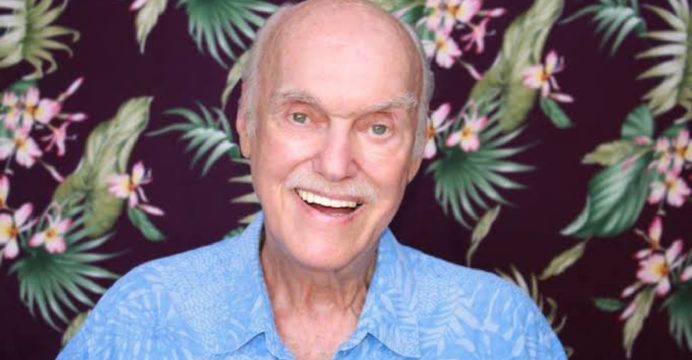 Ram Dass, who in the 1960s joined Timothy Leary in promoting psychedelic drugs as the path to inner enlightenment before undergoing a spiritual rebirth he spelled out in the influential book “Be Here Now,” died at home on Sunday. He was 88 years old.

“With tender hearts we share that Ram Dass (born Richard Alpert) died peacefully at home in Maui on December 22, 2019 surrounded by loved ones,” according to his official Instagram account, reports Reuters.

“He was a guide for thousands seeking to discover or reclaim their spiritual identity beyond or within institutional religion.”

The man who would become a serene, smiling forerunner of the New Age movement and play a leading role in bringing Eastern spirituality to the West grew up as Richard Alpert in a Jewish family in Newton, Massachusetts.

He considered himself an atheist, and after graduating from Tufts University and earning a Ph.D. from Stanford University, was an up-and-coming psychology professor and researcher at Harvard University in the early ‘60s.

Ram Dass would later describe himself at the time as a driven “anxiety-neurotic” who had an abundance of knowledge but lacked wisdom. Things began to change when Leary joined the Harvard faculty and the two became close friends.

He had been introduced to marijuana in 1955 by his first patient while working as a health services counselor at Stanford University but Leary took him farther with psilocybin, the compound that gives certain mushrooms hallucinogenic qualities. In his first psychedelic experience, “the rug crawled and the picture smiled, all of which delighted me,” Ram Dass wrote in “Be Here Now.”

Ram Dass and Leary wanted to open the mind to a deeper consciousness and conducted experiments that included giving the drug to “jazz musicians and physicists and philosophers and ministers and junkies and graduate students and social scientists.” Afterward, they had them fill out questionnaires about their experiences.

Ram Dass and Leary began including the hallucinogenic drug LSD, which like psilocybin was legal at the time, in their experiments but Harvard was upset that they were using students as subjects and fired them in 1963.

The two former professors later moved to a mansion in Millbrook, New York, made available to them by heirs to the fortune of industrialist Andrew Mellon, and continued their experimentation there. Anti-war protest leader Abbie Hoffman and Beat Generation writers Allen Ginsberg and Jack Kerouac were among those who dropped in.

In an effort to avoid the disappointment of “coming down” from a drug experience, Ram Dass said he and five others locked themselves in a building at the estate for three weeks and took LSD every four hours.

“What happened in those three weeks in that house no one would ever believe, including us,” he wrote in “Be Here Now,” but they were not able to avoid the inevitable return to reality.

As the hippie movement grew, Ram Dass and Leary were among the counterculture luminaries at the Human Be-in, a 1967 gathering of some 25,000 people in San Francisco where Leary spread his “turn on, tune in, drop out” credo. Poets such as Ginsberg and Michael McClure, anti-war activists Dick Gregory and Jerry Rubin and rock acts Janis Joplin, the Grateful Dead and Jefferson Airplane also took part.

In search for a more permanent enlightenment, later that year Ram Dass went to India, as members of the Beatles would in 1968. He found what he was looking for in the form of Hindu mystic Neem Karoli Baba, also known as Maharaj-ji. Alpert said that through Maharaj-ji he found a spiritual love deeper than anything he had experienced.

Ram Dass had taken a batch of LSD with him to India to share with holy men in order to get their opinion of it. At Maharaj-ji’s request, Ram Dass gave him a super-sized dose of LSD but said there was no discernable effect on him, nor was there three years later when they repeated the experiment.

The guru gave him the name Ram Dass, which means servant of God, and he returned to the United States with long hair, a beard and instructions from Maharaj-ji to “love everyone and tell the truth.” Drugs would no longer be a major factor in Ram Dass’ life.

He wrote about his conversion in “Be Here Now,” which became popular in the 1960s and provided a road map for the burgeoning New Age movement of spirituality.

Apple co-founder Steve Jobs, who used LSD in his younger years, said the book “transformed me and many of my friends” and George Harrison used the title and general philosophy for one of his post-Beatles songs.

“I was a sort of spiritual uncle to a movement – to a consciousness movement bringing the East and West together,” Ram Dass told the San Francisco Chronicle in 2004.

Ram Dass spread his interpretation of Eastern philosophy as an author and lecturer, advising acolytes to be loving (“we’re all just walking each other home”) and to sublimate the ego for the sake of the soul (“the quieter you become, the more you can hear”).

In 1978 Ram Dass co-founded the Seva Foundation, a charity to fight blindness and other health problems around the world.

Ram Dass suffered a near-fatal stroke in 1997 that partially paralyzed him and hampered his speaking ability but left him feeling more compassionate and humble. In 2007 he moved to Hawaii and used the internet to deliver lectures.

In his later years he focused on aging and dying without fear. “(I’m) an uncle to the Baby Boomers, teaching them about illness and aging,” he told the San Francisco Chronicle in 2004. “Not to be frightened of aging. That it’s OK.”