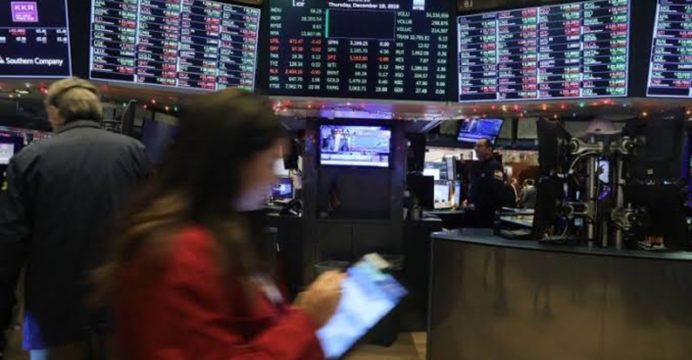 Wall Street stocks again finished at records on Friday as continued optimism about trade talks and the US outlook offset another dreary session for Boeing.

All three major indices ended at all-time highs, with the Dow Jones Industrial Average up 0.3 percent at the closing bell at 28,455.09.

“Once you get to a new high, it doesn’t take much to get to another one,” said Art Hogan, chief market strategist at National Securities, who described investors as “content.”

Investors are also more confident than earlier in the year that the United States will avert a recession following a stream of mostly solid economic data.

But Boeing continued to weigh on the Dow, falling 1.7 percent as its Starliner space mission failed to achieve its objective of docking with the International Space Station.

Officials said the autonomously flown capsule experienced a glitch involving its onboard clock that led it to burn too much propellant, forcing an early return to Earth on Sunday morning.

The setback comes as the aviation giant continues to face questions over the 737 MAX, which has been grounded since March following two deadly crashes.

On Friday, United Airlines again extended its timeframe for keeping the plane off-line, this time through June 4, 2020.

Nike shed 1.0 percent as it reported a jump in second-quarter earnings as strong pricing and increased direct sales helped offset a hit from US trade tariffs.

Some analysts said they expected a bigger increase in gross profit margins.

US Steel plunged 10.8 percent as it projected a fourth-quarter loss of $1.15 per share and announced plans to shut a plant in Michigan with 1,545 employees.

ViacomCBS gained 1.1 percent as it announced it would acquire a 49 percent stake in Miramax from Qatar’s Bein Media Group for $375 million, supplementing its library of content in the competition for streaming consumers.