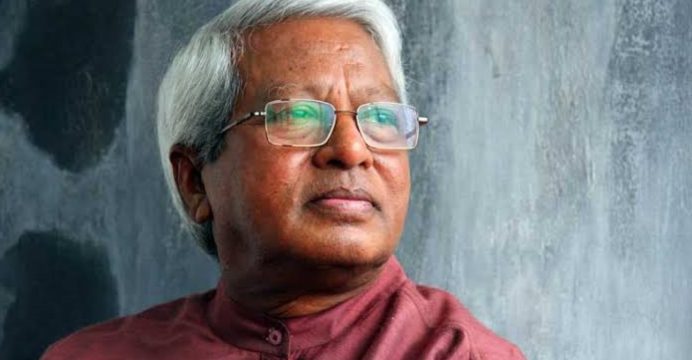 Sir Fazle Hasan Abed, the founder and Chair Emeritus of BRAC, one of the world’s largest non-governmental organization has passed away today. He died at 8:28 PM. He was admitted to a hospital in Dhaka on November 28. Sir Fazle Hasan Abed founded BRAC in 1972. He left behind his wife, a daughter, a son, three grandchildren, and a host of wellwishers to mourn his death.

In September 2019, he was awarded the prestigious Yidan Prize, the largest international prize in education, for his groundbreaking role in educational development in Bangladesh, reports Dhaka Tribune.

In a span of only three decades, BRAC has grown to become one of the largest development organisations in the world in terms of the scale and diversity of its interventions. As BRAC grew, Abed ensured that it continued to target the landless poor, particularly women, a large percentage of whom live below the poverty line with little or no access to resources or conventional development efforts.

BRAC now operates in all 64 districts of Bangladesh through development interventions that range from education, healthcare, microfinance, skills, human rights, agriculture and enterprise development. It is now considered the largest non-profit in the world – both by employees and people served.

In 2002, BRAC went international by taking its range of development interventions to Afghanistan. Since then, BRAC has expanded to a total of 10 countries across Asia and Africa, successfully adapting its unique integrated development model across varying geographic and socioeconomic contexts.

Sir Fazle Hasan Abed’s body will be kept in the Army Stadium in Dhaka from 10:30am to 12:30pm tomorrow for people to pay their last tribute. His namaz-e-janaja will be held at the stadium at 2:30pm.

He will be laid to rest at the Banani graveyard.

Sir Fazle Hasan Abed, founder of BRAC, is retiring from his role as the Chairperson of the Governing Body of BRAC Bangladesh and BRAC International. He is transitioning to the role of Chair Emeritus, effective August 2019.