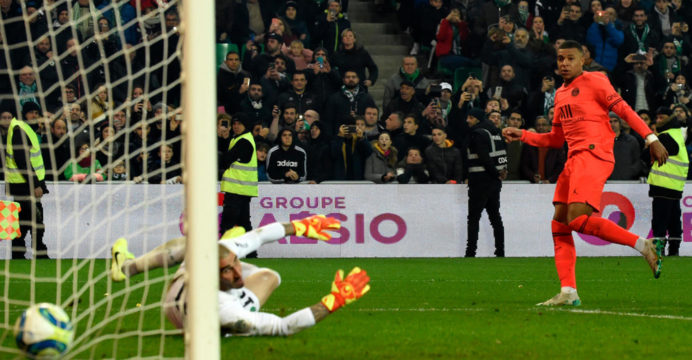 Kylian Mbappe helped Paris Saint-Germain extend their Ligue 1 lead on Sunday with a brace in a comfortable 4-0 win over 10-man Saint-Etienne, while Memphis Depay’s cruciate ligament tear looks to have ruled him out of Euro 2020.

France forward Mbappe took his league tally to nine in 11 appearances as his side took advantage of second-placed Marseille only drawing at Metz on Saturday to move seven points clear and tighten their grip on the French championship, which they have won six out of the last seven seasons.

“We have played three matches with a good mentality and lots of quality,” said coach Thomas Tuchel.

“We played with the ball with intensity and seriousness. We created lots of chances and never stopped working defensively … I’m happy.”

Leandro Paredes set the ball rolling in the 10th minute with a deflected strike and once Jean Eudes Aholou was sent off in the 25th minute for a dreadful late tackle on the Argentine PSG could stroll their way to three points. 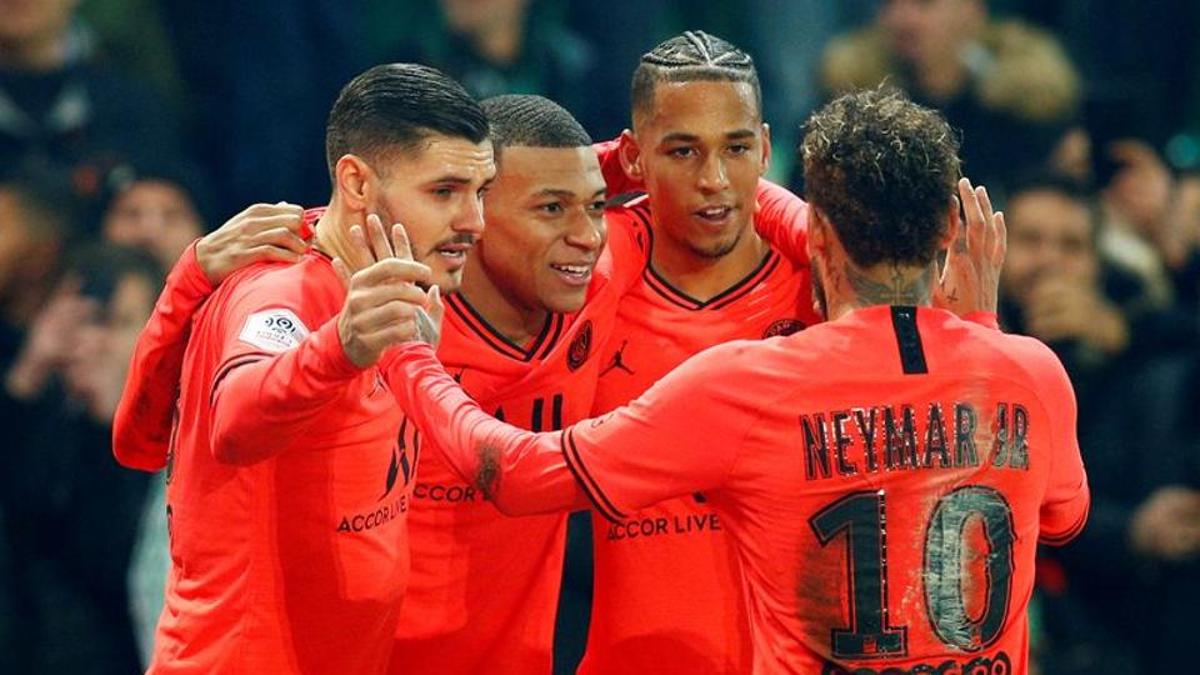 Mbappe then ended any question of a Saint-Etienne comeback a minute before the break when he swiftly collected Neymar’s brilliant through ball before sweeping his finish past Stephane Ruffier.

Brazilian Neymar then missed the chance to make it three from the penalty spot just after the hour mark, his spot-kick clipping the outside of the post, before Mauro Icardi made it 13 goals in all competitions this season with a tap-in 11 minutes later.

Mbappe put the cherry on the cake in the final minute as the home fans let off a cascade of fireworks in the stands to celebrate the birthday of one of their hardcore supporter groups.

The 20-year-old collected another Neymar pass and burst past Wesley Fofana before lashing his shot in the far corner, celebrating by the stands as flares and fireworks billowed smoke and flame towards the pitch.