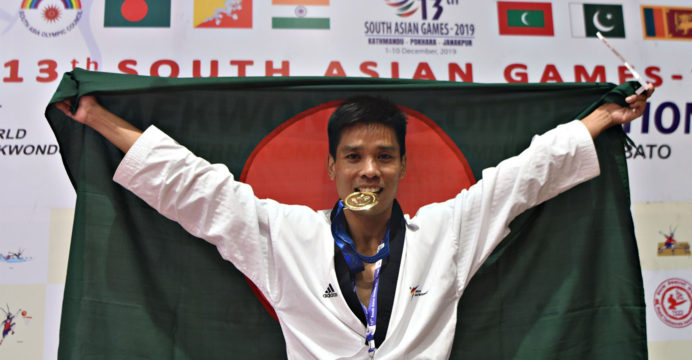 Dipu Chakma performed the nation proud as he won the first gold medal for Bangladesh in the ongoing 13th South Asian Games by winning the taekwondo poomsae event 29-plus-year category held on Monday at Satdobato, Lalitpur.

Dipu, who hails from Rangamati, in his immediate response after winning the gold medal, said: “It was difficult to express my feeling in a word and I still cannot believe that I have won the gold.” 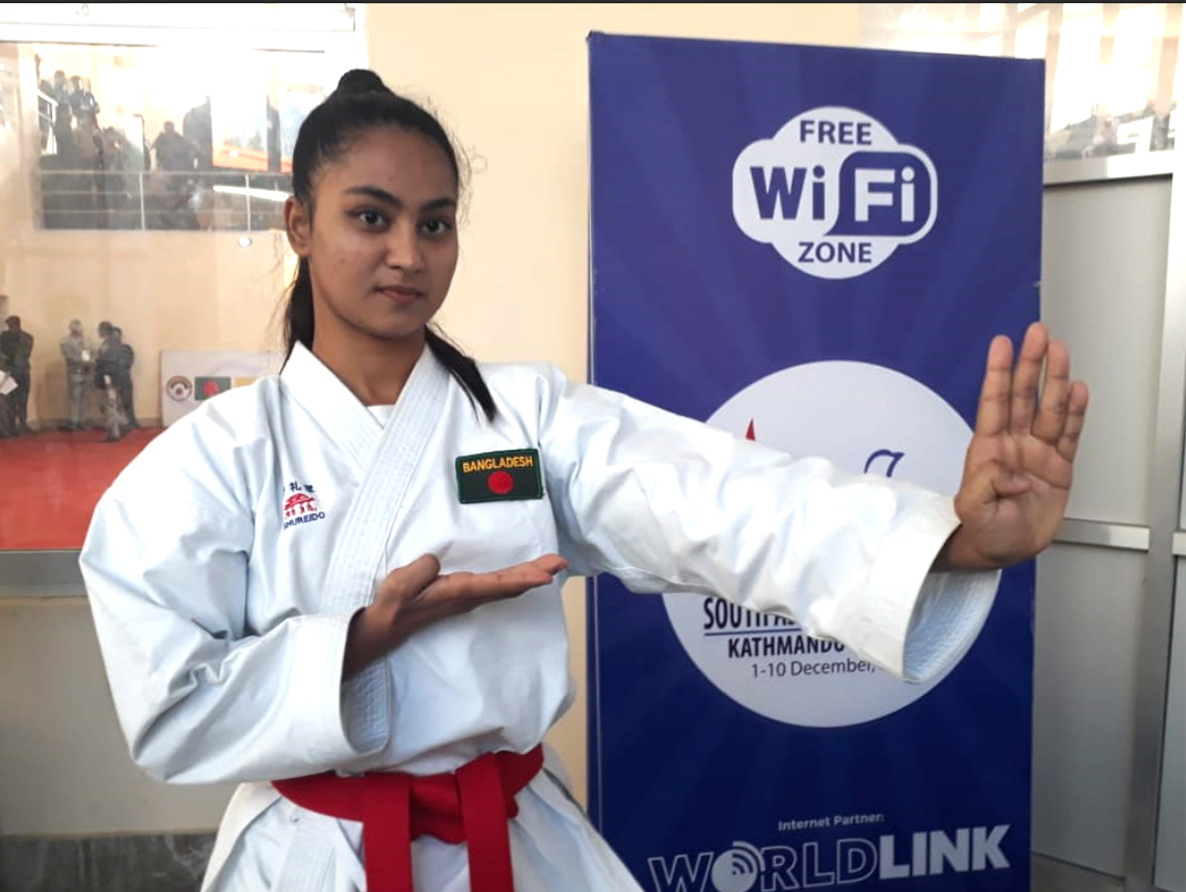 Earlier, on the day, Homayara Akter Antara won the first medal for Bangladesh as she secured bronze in the Karate women’s singles kata event.

Antara finished third among the fifth participants in this event. Pakistan won gold in the women’s kata event while the silver medal went to host Nepal.

On the other hand, Hasan Khan also won a bronze medal for Bangladesh in the men’s singles kata event.