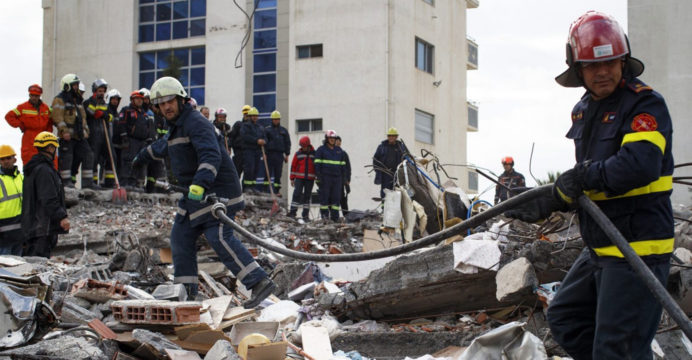 The death toll from the most powerful earthquake to strike Albania in decades rose to 40 on Thursday, after 10 more bodies were pulled from the rubble, the defence ministry said.

“Ten more victims were found during the night, bringing the number of dead to 40,” the ministry said in a statement.

The 6.4 magnitude earthquake struck the Balkan state before dawn on Tuesday, levelling buildings and trapping bodies underneath the wreckage in towns near the Adriatic coast.