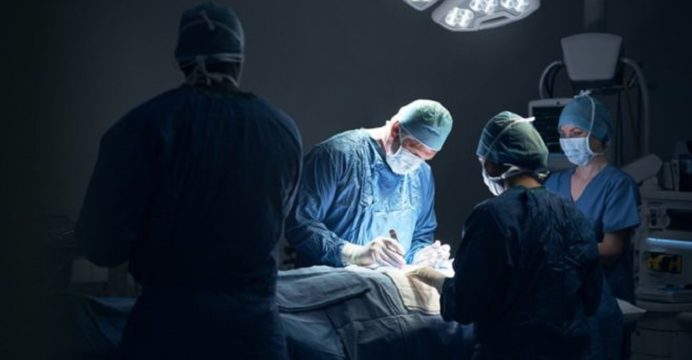 Indian doctors have removed a kidney weighing 7.4kg (16.3lbs) – as much as two newborn babies – from a patient. It’s believed to be the largest kidney ever removed in India – a kidney usually weighs between 120-150g.

The patient was suffering from a condition called Autosomal Dominant Polycystic Kidney Disease, which causes cysts to grow all over the organ.

One doctor involved in the operation said large kidneys were common in patients with the disease, reports BBC.

However, Dr Sachin Kathuria, from Sir Ganga Ram hospital in Delhi, said doctors generally would not remove the organ unless there were symptoms of infection and internal bleeding, as they were performing at least some filtering functions in the body.

“This patient had contracted a bad infection that was not responding to antibiotics, and the kidney’s massive size was causing the patient breathing difficulties, so we had no choice but to remove it,” he said.

Dr Kathuria added that doctors were expecting a large kidney when they operated, but the size of this organ had still surprised them.

“His other kidney is even bigger”, he told the BBC.

He said the heaviest kidney according to the Guinness World Records is 4.5kg, although urology journals had records of kidneys that were even heavier than this one. One from the US weighed 9kg while another from the Netherlands was 8.7kg.

Dr Kathuria said doctors had not decided whether to submit their findings to the Guinness commission as a world record, but they were “considering it”.

According to the NHS website, Polycystic kidney disease is a common hereditary condition, which causes problems when patients are between 30 and 60 years old.

It causes kidney function to deteriorate until it finally culminates in kidney failure.