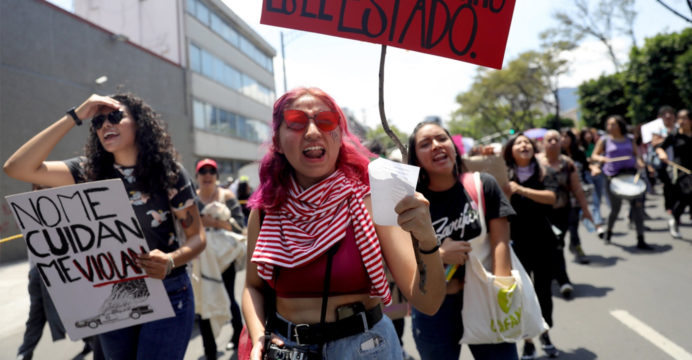 Thousands of women took to the streets of the capital for the protest marking the International Day for the Elimination of Violence Against Women, the latest in a series of large, rowdy marches over soaring rates of femicide and rape in Mexico.

Masked demonstrators with sledgehammers shattered the glass panes of bus stops and advertising billboards, tore down barricades, lit a bonfire and painted messages such as “How many more need to die?” on monuments lining Paseo de la Reforma, the city’s most famous street.

Hundreds of riot police — mostly women, given that protest organizers had warned any men would face attacks — responded by firing pepper spray.

The movement has been dubbed the “Glitter Revolution,” after protesters doused the Mexico City security minister in pink glitter at one demonstration.

The latest unrest came despite the fact that Mayor Claudia Sheinbaum, an ally of leftist President Andres Manuel Lopez Obrador, recently declared a “gender violence alert” in the capital, paving the way for more funding and security and other emergency measures. 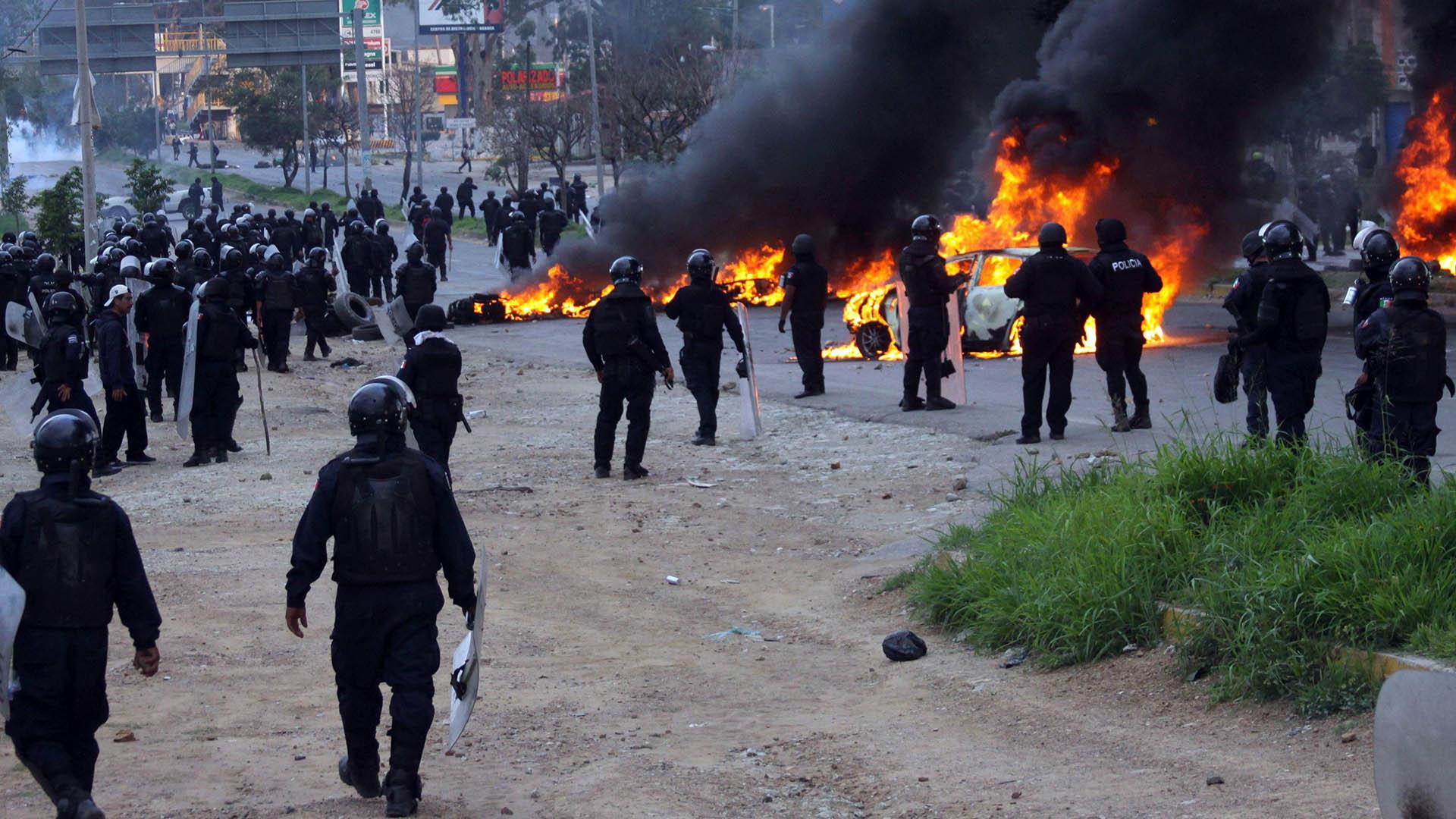 Nineteen of Mexico’s 32 states have now declared such alerts since 2007.

A protester from neighboring Mexico state, one of the deadliest in the country for women, said she was skeptical the measure would change anything.

“In Mexico state, we’ve had a gender violence alert for four years running, and it hasn’t done anything. They keep killing women,” said Valeria Arevalo, 18.

“It’s just a technique to appease us,” she told AFP.

Some men joined the march too.

One, Benjamin Vargas, carried a picture of his 22-year-old daughter, Sol, who was murdered last year along with his wife. The killer — allegedly Sol’s spurned admirer — then burned both bodies.

“But they need to do more…. The situation for women is getting worse every day. It just doesn’t stop,” he added, his voice breaking.

Mexico has the most femicides of any country in Latin America, according to Amnesty International.

More than nine women are murdered here every day.

Two in three Mexican women say they have been victims of violence in some form, according to the national statistics institute.