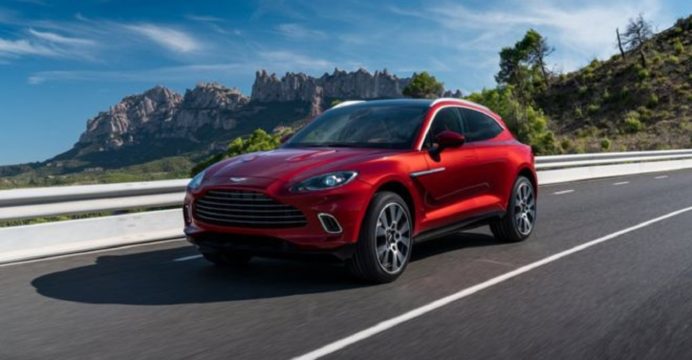 Aston Martin has launched its first Wales-made car, which it hopes will deliver a sales boost after posting losses of £13.5m in the three months to September.

The Welsh Government pledged millions of pounds of public money to attract the carmaker to the Vale of Glamorgan. The St Athan plant is set to employ 750 people when fully operational. The DBX sport utility vehicle, the first to be made there, was unveiled by the company on Wednesday, reports BBC.

Aston Martin said it was the “culmination of an extensive development program that began with physical testing in Wales last year and virtual development stretching back to 2015”.

Chief executive Dr Andy Palmer said: “DBX… not only [represents] the promised expansion of our portfolio but also signalling the start of production at Aston Martin’s second manufacturing plant.”

Its launch marks a move by the company, famed as fictional agent James Bond’s favourite brand, to expand its reach beyond its traditional customer.

A “female advisory board” has been involved in the development of the vehicle, which is the firm’s first full-size five-seater and will cost £158,000.

Earlier this year, Aston Martin announced it was borrowing £116.7m to bolster its financial position ahead of the launch.

“We’re essentially holding the cost of a complete factory right now without the benefit of the revenues coming in… so from that point of view of course it’s a really important model,” Dr Palmer told the Reuters news agency.

Earlier this month, the 106-year-old firm said its sales to dealers fell 16% to 1,497 cars from July to September after demand fell in Europe and Asia.

Despite posting a loss for the quarter, Aston Martin said it expected to meet market expectations on its earnings.

The company, which is primarily owned by Italian and Kuwaiti private equity groups, has suffered since its flotation last October when its shares launched at £19 before dropping for months and languishing at £4-5 for the past few weeks.

The Welsh Government pledged £18.8m in grants to attract the carmaker, with the funding linked to job creation, skills training and research and development.

It has also provided a 30-year guarantee to Aston Martin that would see taxpayers’ money cover the rent of the factory should the firm leave – the value of the guarantee has not been revealed.

Aston Martin has previously said St Athan will also be its “home of electrification” where it will build its new Lagonda and RapidE cars, although these will be produced on a much smaller scale.

The unveiling of Aston Martin’s new SUV and the jobs it is expected to create comes as 1,700 workers at Ford in nearby Bridgend are due to be made redundant when that plant closes in 2020.

Ineos has said it will start car production in Bridgend in 2021.