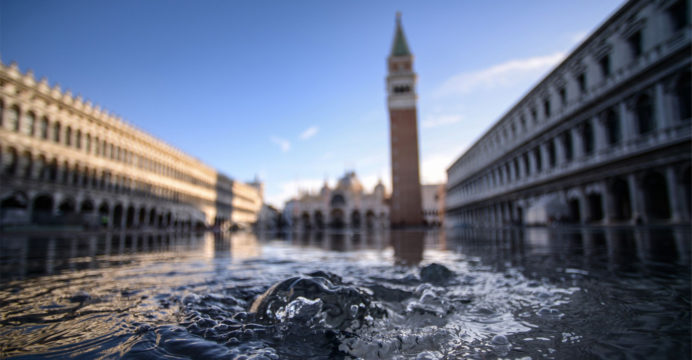 Much of Venice was under water on Wednesday night after the highest tide in 50 years ripped through the historic Italian city, beaching gondolas, trashing hotels and sending tourists fleeing through rapidly rising waters.

The government in Rome was expected to declare a state of emergency at a cabinet meeting on Thursday after Prime Minister Giuseppe Conte described the flooding as “a blow to the heart of our country”.

Officials blamed climate change while shopkeepers on the Grand Canal raged against those who have failed to protect the UNESCO city from the high tide.

They said corruption had repeatedly delayed a barrier protection system that could have prevented the disaster.

“The city is on its knees,” Venice mayor Luigi Brugnaro said in an interview with national broadcaster RAI.

“There’s widespread devastation,” he said in the famed St Mark’s Square, which bore the brunt of the flooding. “In all likelihood the damage from last night runs into hundreds of millions of euros.” 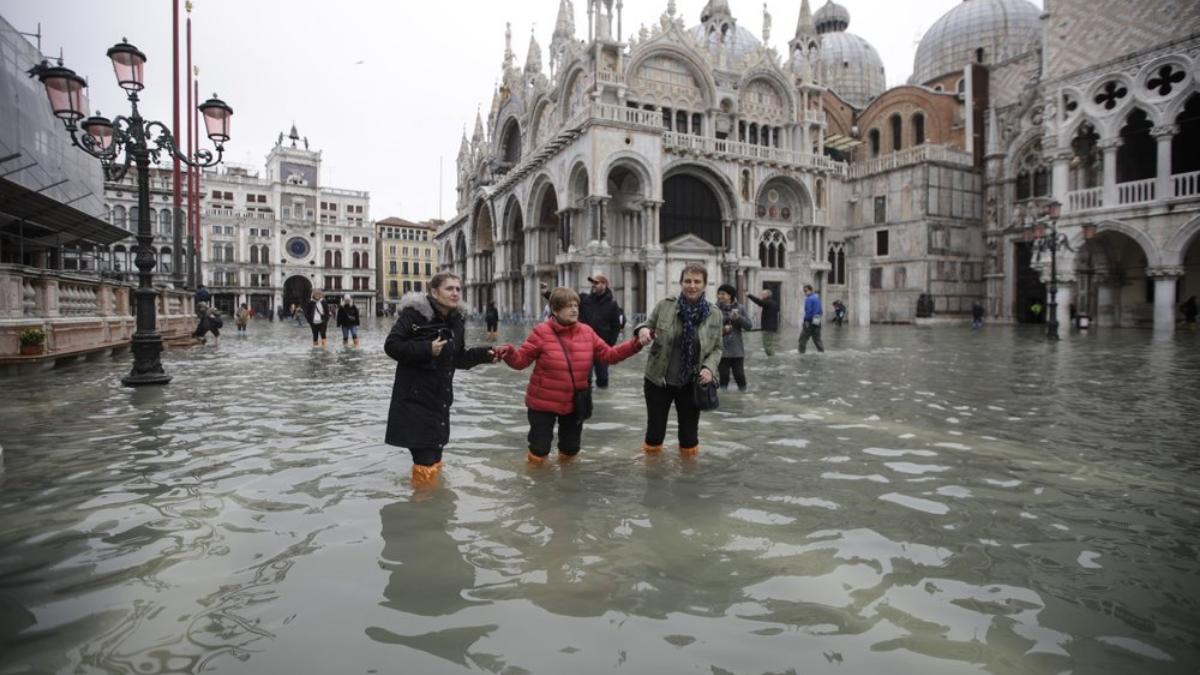 The state of emergency for a natural disaster will allow the government to use “exceptional powers and means” to intervene more quickly, and Conte said his government was ready to allocate funds.

“The disaster that has struck Venice is a blow to the heart of our country,” Conte said at the scene. “It hurts to see the city so damaged, its artistic heritage threatened.”

St Mark’s Square was calm on Wednesday evening, with just a smattering of tourists walking through the relatively dry square marked with occasional puddles.

Four Venetian friends who had gathered in the square, all wearing boots, said the relative quiet and lack of tourists was upside of an otherwise harrowing few days.

Earlier, tourists lugging heavy suitcases waded in thigh-high boots or barefoot through the submerged alleys, as gondola and water taxi drivers baled sewage-tainted water out of their trashed vessels.