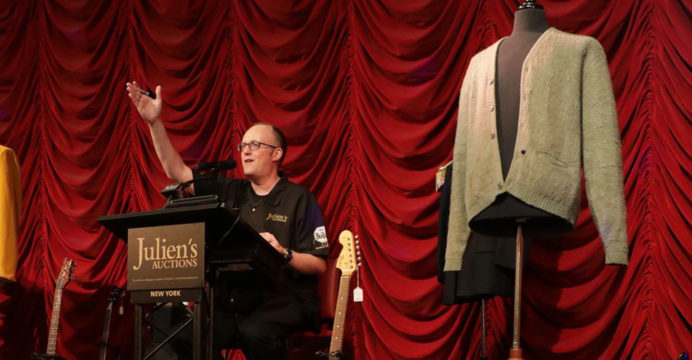 The tattered, olive-green, Manhattan-brand, button-up sweater, which has never been washed since Cobain wore it, came with dark stains and a burn hole.

The seller, Garrett Kletjian, owner of Forty7 Motorsports, bought it four years ago for $137,500. 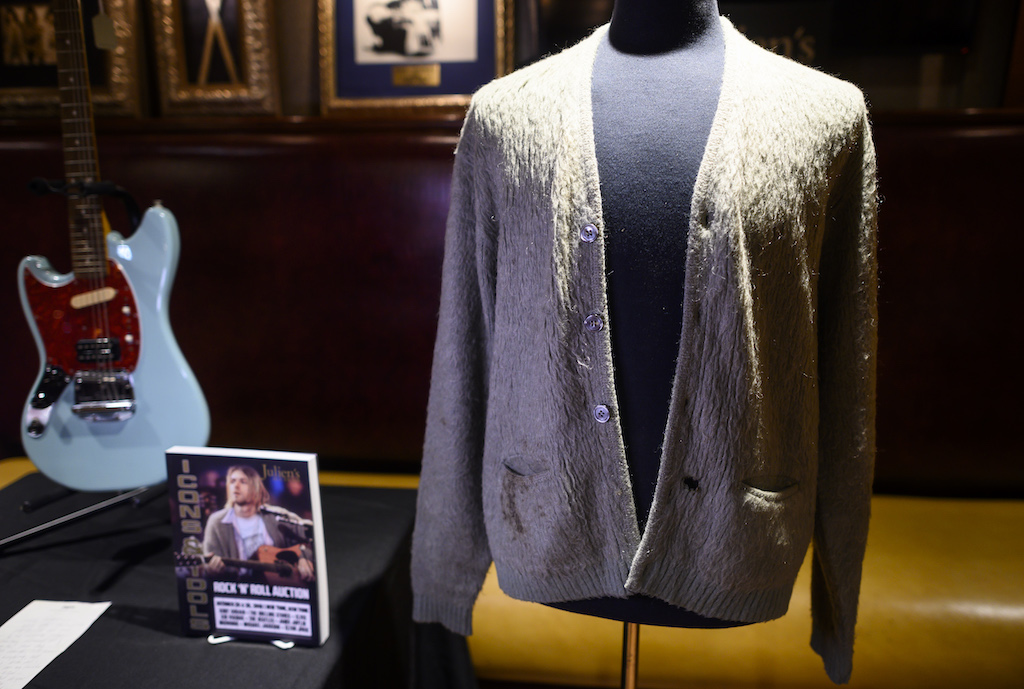 “This cardigan, it’s the holy grail of any article of clothing that he ever wore,” said Darren Julien, CEO and president of Julien’s Auctions.

Cobain’s haunting “Unplugged” performance with Nirvana — recorded less than six months before his suicide at age 27 — is considered one of the most iconic shows of the series, and was released posthumously.

Already deep into an emotional, drug-addled downward spiral, the depressive but singular talent with ocean-blue eyes reportedly lamented to “Unplugged” programmer Amy Finnerty after the set that the audience seemed not to like the show. 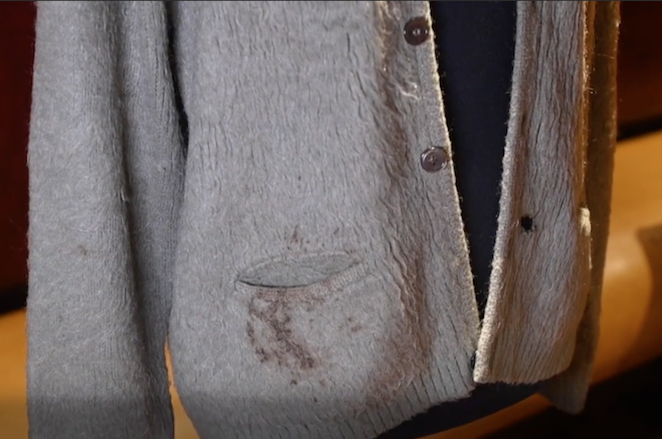 “Kurt,” she told him, “they think you are Jesus Christ.”

Cobain’s left-handed Fender Mustang guitar, which he used during the band’s “In Utero” tour, sold for $340,000.