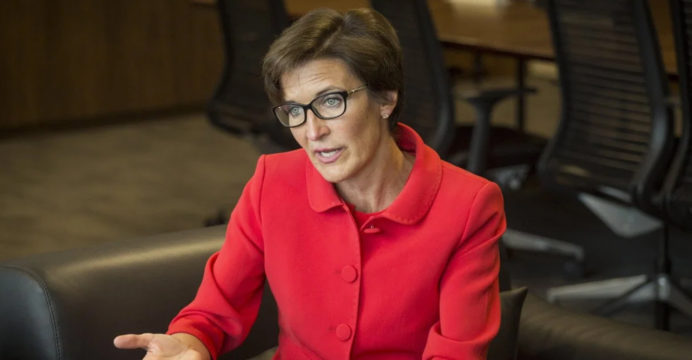 Citi names Fraser as president, putting her in line to be first female CEO

Citigroup promoted Jane Fraser to head of its global consumer bank and president, putting her in a position eventually to become the first female chief executive of the U.S. bank.

Fraser is replacing Stephen Bird as head of the consumer business, the bank said in a statement on Thursday, adding Bird is leaving Citi after more than 20 years to pursue an external opportunity.

Citi’s current CEO, Michael Corbat, said the move did not suggest an imminent change at the top of the bank.

However, promoting someone into a president role typically means that person is being groomed for the top spot. That position has been vacant since former head of Citi institutional clients group, Jamie Forese, left the bank earlier this year.

“I remain committed to leading our firm in the coming years and look forward to working even more closely with Jane in her new roles,” Corbat said in the statement.

Fraser, 52, has been seen as a rising star on Wall Street, and was recently reported to be among the candidates Wells Fargo & Co’s (WFC.N) board was considering for its next CEO. That bank settled on another executive.