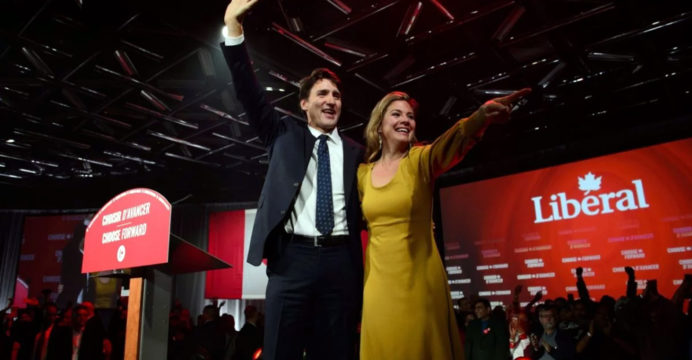 Prime Minister Justin Trudeau’s Liberal Party held onto power in a nail-biter of a Canadian general election on Monday, but as a weakened minority government.

Television projections declared the Liberals winners or leading in 157 of the nation’s 338 electoral districts, versus 121 for his main rival Andrew Scheer and the Conservatives, after polling stations across six time zones closed.

As early as Tuesday, Trudeau will have to form an alliance or formal coalition with one or more smaller parties in order to govern.

The first test of his future government will follow in the subsequent weeks with a speech to parliament outlining his legislative priorities and a confidence vote. 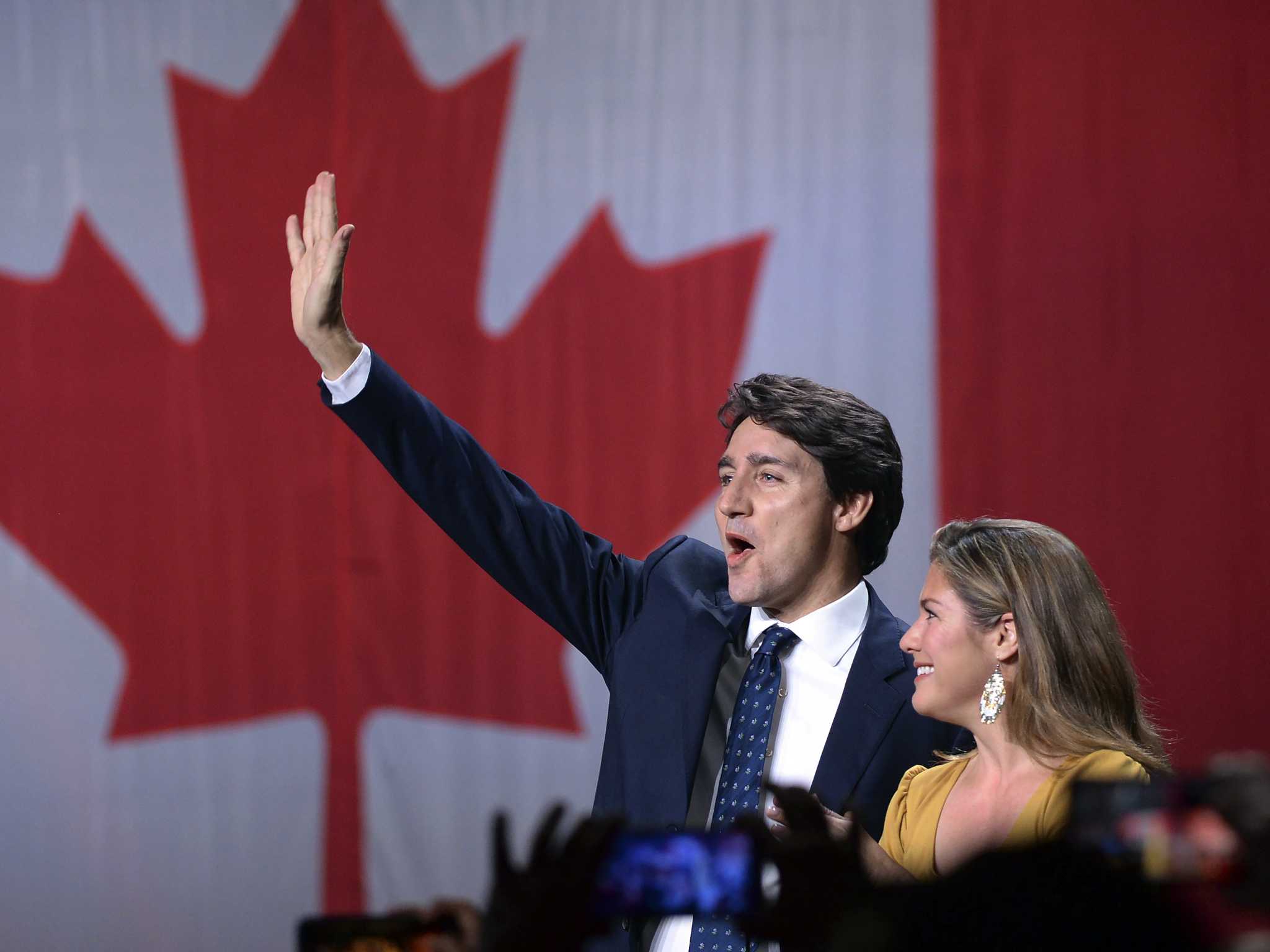 The 47-year-old former school teacher dominated Canadian politics over the four years of his first term, but faced a grilling during the 40-day election campaign, which was described as one of the nastiest in Canadian history.

His golden boy image has been damaged by ethics lapses in the handling of the bribery prosecution of engineering giant SNC-Lavalin, while the emergence of old photographs of him in blackface makeup rocked his campaign.

Scheer, meanwhile, only two years after winning the leadership of his party, struggled to win over Canadians with his bland minivan-driving dad persona and a throwback to the thrifty policies of past Tory administrations.

His Conservatives had stood alone among all of the parties in pledging austerity measures to return to a balanced budget within five years.

Surging social democrats and resuscitated Quebec separatists also appeared to have chipped away at Liberal support.