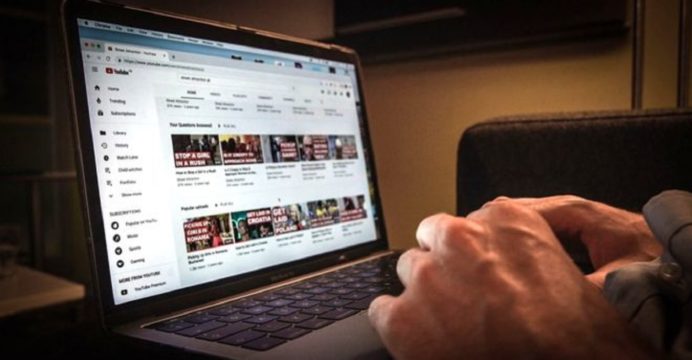 YouTube has deactivated two channels run by “pick-up artists” after a BBC investigation into the online industry. It has removed hundreds of videos from accounts linked to Addy A-Game and Street Attraction for violating its rules on nudity and sexual conduct, reports BBC.

In September, Adnan Ahmed, who ran the Addy A-Game channel, was convicted of threatening and abusive behavior towards young women. Street Attraction’s coaches insist that they have done nothing wrong.

The investigation for Panorama and BBC Scotland’s Disclosure examined the global “game” business that claims to sell the secrets to picking up women.

It looked into channels that host videos of the sexual exploits of so-called pick-up artists, including what they claim are secret recordings of women having sex.

YouTube said it had terminated the channels Addy A-Game and Street Attraction.

It added: “YouTube strictly prohibits explicit sexual, graphic or harassing content. Nothing is more important than protecting the safety of our community, and we will continue to review and refine our policies in this area.”

Police began an investigation after his behavior was revealed by the BBC’s The Social earlier this year.

Ahmed had secretly filmed himself approaching dozens of women in Glasgow and in Eastern Europe.

Reporter Myles Bonnar went undercover at a “Bootcamp” run by Street Attraction, which claimed to teach techniques on seducing women such as overcoming “last-minute resistance”.

Street Attraction’s founder Eddie Hitchens told the BBC that everything was “completely consensual”.

He said: “We actually help men…so if anything we help prevent rape culture to help prevent them get involved in anything illegal or non-consensual.”