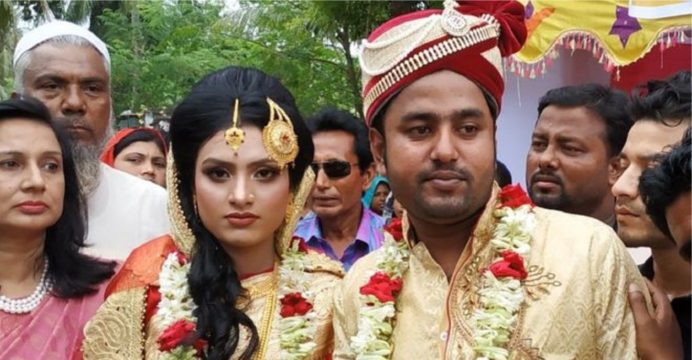 When 19-year-old Khadiza Akter Khushi led hundreds of people to the home of her soon-to-be husband, she didn’t do it for her guests. She did it for all the Bangladeshi women she hoped would follow in her footsteps.

The walk is thought to be a first in a country where, for centuries, the opposite has happened: men have walked to the homes of their brides on their wedding day, reports BBC.

“If boys can bring girls to marriage, why can’t girls?” she asked reporters in the days after her wedding to Tariqul Islam had gone viral.

But it has both inspired and horrified. One man suggested the couple and their families should be beaten with slippers.

For Khadiza and her husband, it was, quite simply, the right thing to do. 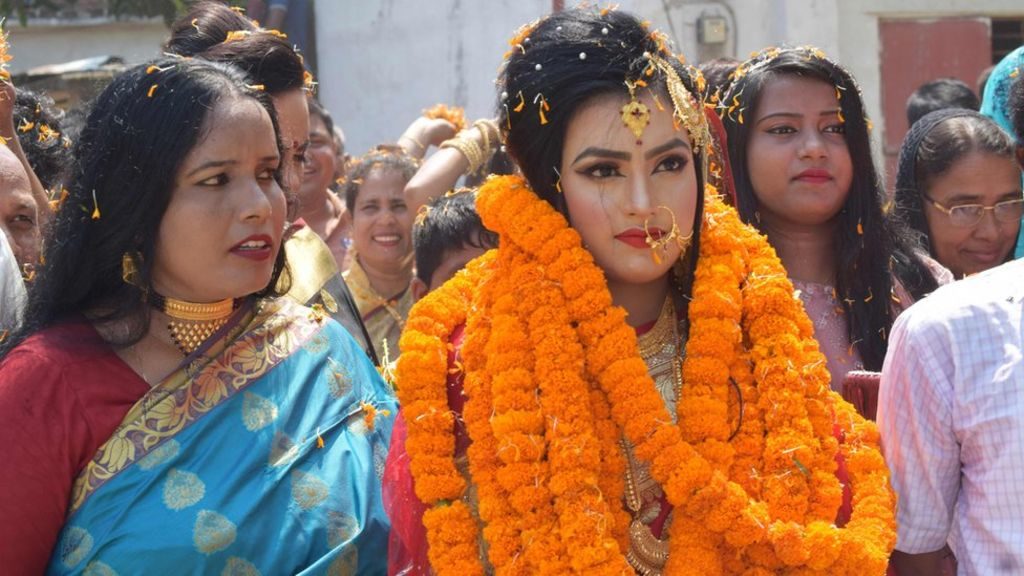 “Tradition is not the issue here,” she told reporters. “It is a matter of women’s rights. Today, if a girl goes to marry a boy, then no one is harmed.

“Instead, abuse of women will decrease, women will get their dignity. No one will be less than the other.”

The couple were aware of the resistance to the marriage, held in a rural region next to the border with India last Saturday. Even members of their own families were not initially keen.

But Tariqul, 27, says they eventually came around. After all, they were doing nothing wrong.

“Many marry in court, many marry in the mosque. We were married according to religion,” the newly-wed explained.

“There was a Kazi [marriage register], witnesses. That’s how the marriage was registered. That’s the formality of marriage. That’s exactly what we did.

“It doesn’t matter what people think, what they say. Some people will think differently, everybody is entitled to their opinion.”

Despite their confidence, it was a brave decision. Bangladesh has made great strides towards equality in recent years and is the highest-ranked country in South Asia when it comes to gender equality, according to the World Economic Forum.

But serious issues remain. The death of Nusrat Jahan Rafi – who, at 19, was the same age as the bride – made headlines around the world. She was allegedly burned alive after filing a complaint for sexual harassment against her headmaster.

Meanwhile, the United Nations says around two-thirds of women who marry will experience violence at the hands of their partners, with half reporting assaults in the last year.

And while the position of women is improving in areas like education, marriage laws in the Muslim-majority country have been criticized by women’s rights groups as restrictive and discriminatory.

It was only last month that the high court ruled that women would no longer be required to declare whether or not they were virgins on marriage registration forms. Men did not have to make any such declaration.

Tariqul and Khadija are hopeful their wedding will be another step towards true gender equality.

“I am sure our marriage will send a message that a woman can do whatever a man can,” Tariqul told news agency AFP.

And even if not, they are more than happy with their choice.

“We had a lot of fun in the wedding,” Khadiza said.