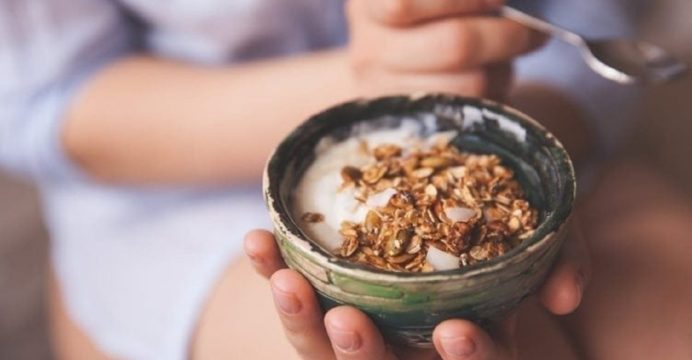 Extra protein does lead to increases in strength and muscle, but slightly

Extra protein from food or supplements does lead to increases in strength and muscle, but not as much as some might hope, researchers, write in the British Journal of Sports Medicine.

Presented as an infographic, the results are based on a review of data from 49 randomized controlled trials in 17 countries and more than 1,800 participants, reports Reuters.

The upshot: supplementing protein while doing resistance training can increase strength by about 9% and add about one pound of muscle. The effect levels off at a certain point, after which extra protein provides no additional benefit.

“We thought it was time to do some science.”

Phillips and colleagues conducted a systematic review and meta-analysis of research published on the topic of protein supplementation and resistance training, looking at how much extra muscle men and women gained, as well as how much stronger they became.

The studies had to be at least six weeks long, include resistance training at least twice a week, and one group had to be given a protein supplement that didn’t have other muscle-building ingredients such as creatine or testosterone-enhancing compounds. Ten of the studies involved people who were experienced in resistance training and 14 studies had exclusively female participants.

The analysis didn’t find any differences between types of protein supplements or a distinction between getting protein from food or from supplements.

When Phillips’ team analyzed the relationship between the amount of muscle gained and total amount of dietary protein consumed, they found that gains leveled off at around 1.6 grams of protein per kilogram of body weight per day, or about 0.7 grams per pound. That is twice the recommended daily amount in most official nutrition guidelines, they note.

“Going to the gym is where most of the benefits come from,” Phillips said.

Current studies are investigating the key amino acids in protein that aid this muscle-building process, particularly leucine, and especially for adults over age 60 who may have muscle and bone loss known as sarcopenia.

“It’s a big deal to have sufficient enough quantities to stimulate muscle growth,” he added.

Future studies will focus on ways to boost muscle mass and the effect of protein supplementation in older adults, including through everyday foods such as milk and meat.

Qin, who wasn’t involved in the current review, has studied the effect of milk protein supplementation among older adults taking part in a resistance training program.

“Milk proteins are excellent sources of all the essential amino acids and may represent an ideal protein source to promote muscle anabolism in older adults undergoing resistance training,” Qin said.