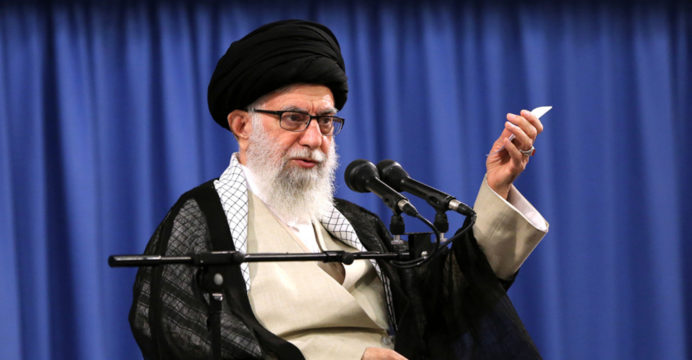 Iran’s supreme leader on Tuesday ruled out talks with Washington after President Donald Trump blamed Tehran for an attack on Saudi oil facilities that knocked out half the kingdom’s output.

Trump said on Monday that it looked like Iran was behind the weekend strike at the heart of the Saudi oil industry, which cut 5% of global production, but stressed he did not want to go to war. Iran denied it was to blame.

“Iranian officials, at any level, will never talk to American officials … this is part of their policy to put pressure on Iran,” Iranian state TV quoted Ayatollah Ali Khamenei as saying.

He said talks could only take place if the United States returned to a nuclear accord between Iran and the West that Trump abandoned last year.

U.S.-Iran relations deteriorated after Trump quit the accord and reimposed sanctions over Tehran’s nuclear and ballistic programs. He also wants Iran to stop supporting regional proxies, including Yemen’s Houthi group, which has claimed responsibility for the attack.

A day after saying the United States was “locked and loaded” to respond to the incident, Trump said on Monday there was “no rush” to do so. “We have a lot of options but I’m not looking at options right now. We want to find definitively who did this.” 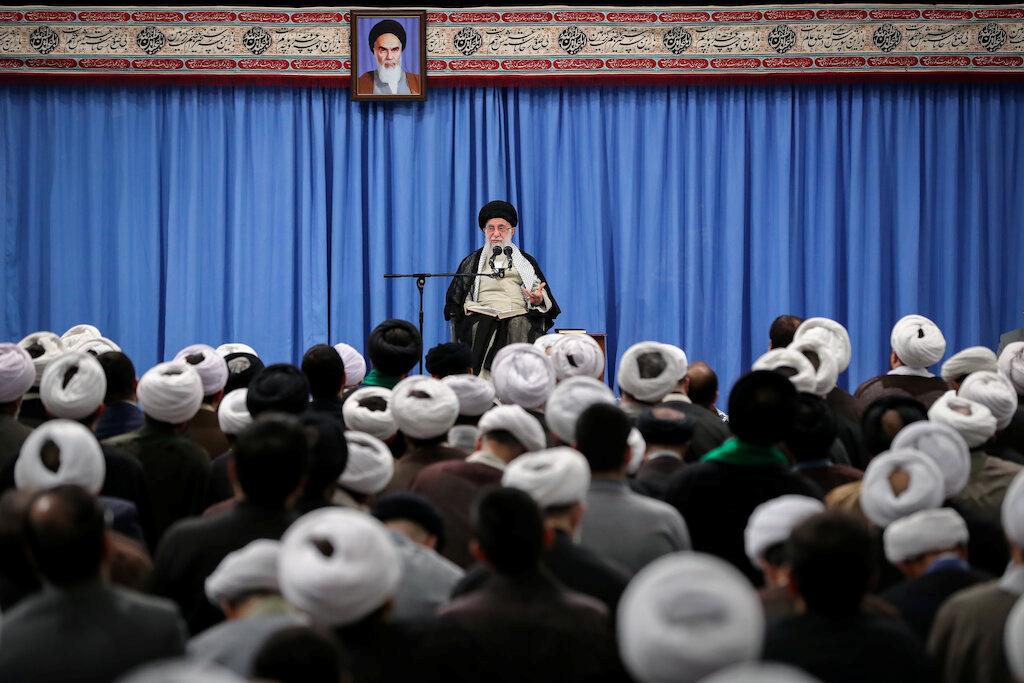 Saudi Arabia, which has supported tougher U.S. sanctions on Iran, said on Monday an initial investigation showed the strikes were carried out with Iranian weapons, but provided no evidence. Riyadh said it was capable of “responding forcefully” but did not directly accuse Tehran.

The assault halved Saudi Arabia’s oil output and damaged the world’s biggest crude oil processing plant, triggering the largest jump in oil prices in decades. It was the worst such attack on regional oil facilities since Saddam Hussein torched Kuwait’s oil wells during the 1990-91 Gulf war.

The Saudi energy minister is due to hold a news conference on Tuesday at 1715 GMT, giving what would be the first update since Aramco, the state oil company, announced on Sunday that attacks on its facilities in Abqaiq and Khurais had knocked out 5.7 million barrels per day.

It could take months for Saudi production to resume, sources briefed on Aramco’s operations said after earlier estimates put it at weeks.

Oil prices surged nearly 20% on Monday after the attack on the world’s top oil exporter, which has been the supplier of last resort for decades. Prices fell after the United States said it would release U.S. emergency supplies and producers said there were enough global stocks.[O/R]

Riyadh said it would meet oil customers’ demand from its ample storage. Aramco informed at least six refiners in Asia it would supply all allocated crude volumes in October.

Dollar-denominated bonds issued by the Saudi government and Aramco rebounded on Tuesday, in a sign that investors’ concern may be abating.

Aramco, the world’s largest oil company, is preparing for an initial public offering, although some investors and analysts think it may be delayed as it has not said when oil output will be restored.