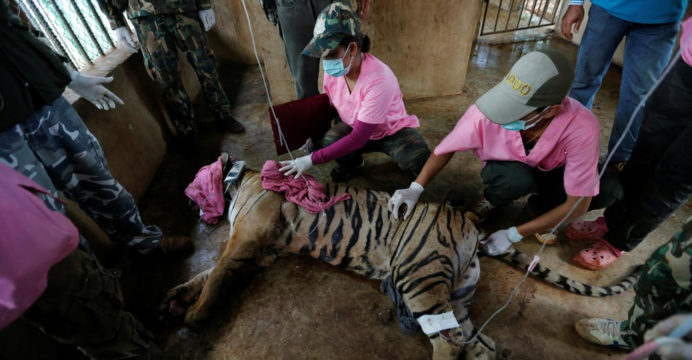 Dozens of tigers dead after confiscation from Thai temple

More than half of the 147 tigers confiscated from a controversial Thai temple have died, park officials said Monday, blaming genetic problems linked to in-breeding at the once money- spinning tourist attraction.

For years, the Wat Pha Luang Ta Bua temple in the western province of Kanchanaburi pulled tourist hordes who could be photographed — for a fee — next to scores of tigers.

But in 2016 park officials began a lengthy operation to remove the big cats amid allegations of mismanagement, and claims the creatures were being exploited.

Dozens of dead cubs were found kept in freezers, sparking claims the carcasses were being sold by a temple rumoured to have raked in hundreds of thousands of dollars each year from visitors. 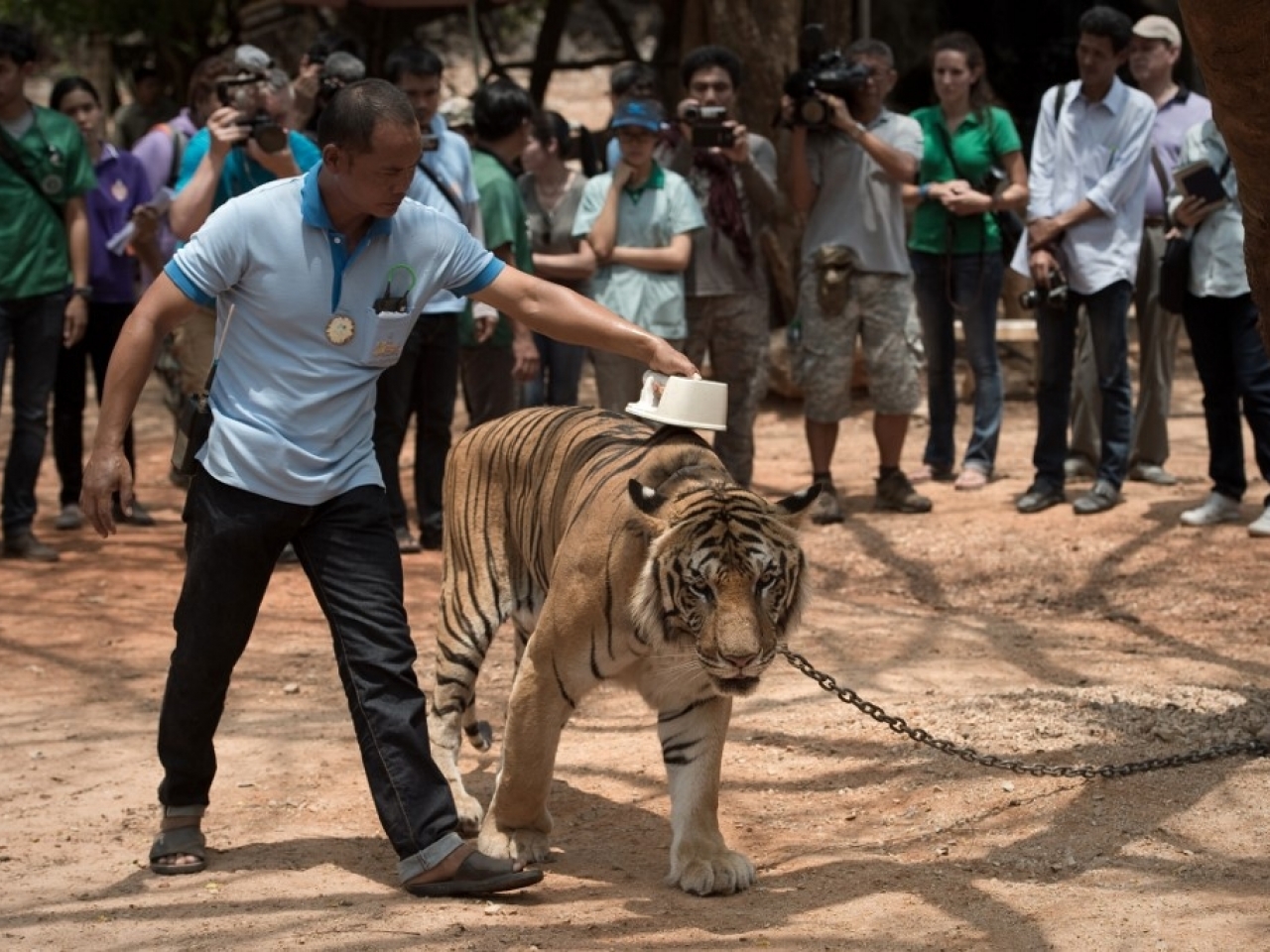 Tiger parts can fetch enormous sums in China and Vietnam, where they are falsely believed to have medicinal properties.

The surviving adults were taken to two breeding stations in nearby Ratchaburi province but only 61 of the 147 have survived so far, parks officials told reporters.

“It could be linked to in-breeding,” Pattarapol Maneeon, of the Department of National Parks, Wildlife and Plant Conservation said.

“They had genetic problems which posed risks to body and immune system.”

Many suffered from tongue paralysis, breathing problems and lack of appetite that led to fatal seizures.