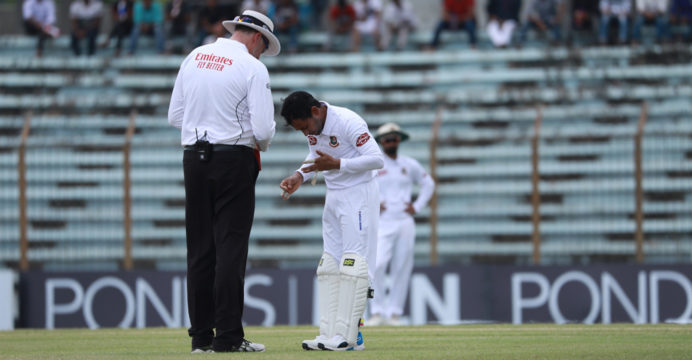 Bangladesh made a steady start in their improbable chase of 398 runs target, reaching 30-0 at lunch on the day four of the one-off Test against Afghanistan at Zahur Ahmed Chowdhury Stadium here on Sunday.

Shadman Islam was batting on 21, hitting three fours so far from 27 balls while Liton Das was on 9.

Bangladesh’s highest runs in successful chase in the fourth innings is 217, when they were set 215-run target by West Indies at St Georges in 2009.

Afghanistan was bowled out for 260 in their second innings, adding 23 runs to their overnight total of 273-8.

The fourth day was interrupted by a spell of shower and hence the play was stopped for One hour and 45 minutes at the Zahur Ahmed Chowdhury Stadium here on Sunday. 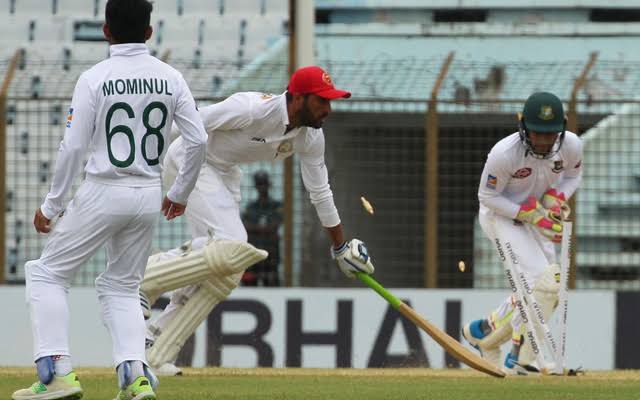 Therefore the morning session was extended by one hour as the lunch was taken 1PM, instead of 12PM.

For Afghanistan, opener Ibrahim Zadran made highest 87 while Asghar Afghan scored 50. Overnight unbeaten batsmen Afsar Zazai was not out on 48.

Bangladesh was dismissed for 205 in their first innings before Afghanistan piled up 342, their highest total in Test cricket.