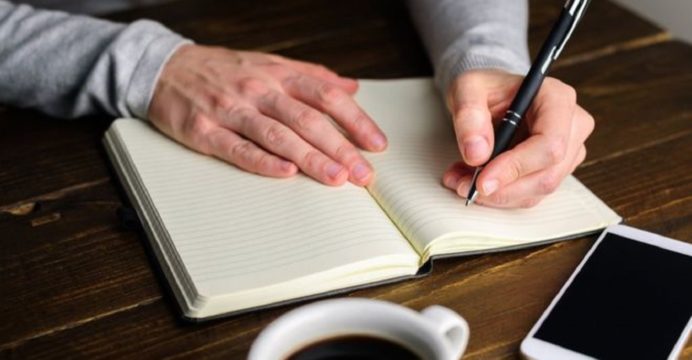 Scientists have found the first genetic instructions hardwired into human DNA that are linked to being left-handed. The instructions also seem to be heavily involved in the structure and function of the brain – particularly the parts involved in language.

The team at the University of Oxford say left-handed people may have better verbal skills as a result. But many mysteries remain regarding the connection between brain development and the dominant hand, reports BBC.

WHAT DOES THIS TELL US?

About one in 10 people are left-handed. Studies on twins have already revealed genetics – the DNA inherited from parents – has some role to play. However, the specifics are only now being revealed.

The research team turned to the UK Biobank – a study of about 400,000 people who had the full sequence of their genetic code, their DNA, recorded.

Just over 38,000 were left-handed. And the scientists played a giant game of spot-the-difference to find the regions of their DNA that influenced left-handedness.

The study, published in the journal Brain, found four hotspots.

“It tells us for the first time that handedness has a genetic component,” Prof Gwenaëlle Douaud, one of the researchers, told reporters.

BUT HOW DOES IT WORK?

The mutations were in instructions for the intricate “scaffolding” that organizes the inside of the body’s cells, called the cytoskeleton.

Similar mutations that change the cytoskeleton in snails have been shown to lead to the molluscs having an anticlockwise or “lefty” shell.

Scans of participants in the UK Biobank project showed the cytoskeleton was changing the structure of the white matter in the brain.

“For the first time in humans, we have been able to establish that these handedness-associated cytoskeletal differences are actually visible in the brain,” Prof Douaud, who is herself left-handed, said.

In the left-handed participants, the two halves of the brain – the left and right hemispheres – were better connected and more co-ordinated in regions involved in language.

The researchers speculate left-handed people may have better verbal skills, although they do not have the data from this study to prove it.

DOES THIS CHANGE WHAT IT MEANS TO BE LEFT-HANDED?

Being left-handed has often led to a raw deal.

“In many cultures being left-handed is seen as being unlucky or malicious and that is reflected in language,” said Prof Dominic Furniss, a hand surgeon and author on the report.

“What this study shows is that being left-handed is just a consequence of the developmental biology of the brain, it has nothing to do with luck or maliciousness,” Prof Furniss said.

“And it is driven at least in part by genetic variants we’ve discovered.

“This adds to the understanding of what makes us human.”

IS THIS THE END OF THE STORY?

Far from it. The best guess is handedness is 25% genetic and 75% down to the environment (anything that’s not in the genes). Yet this study has found only the first 1% of that genetic component and only in a British population.

So, much more work is needed to understand the genetic component of handedness in people across the globe, never mind what the huge environmental effects are, and then piece together how those elements result in people being either left or right handed.