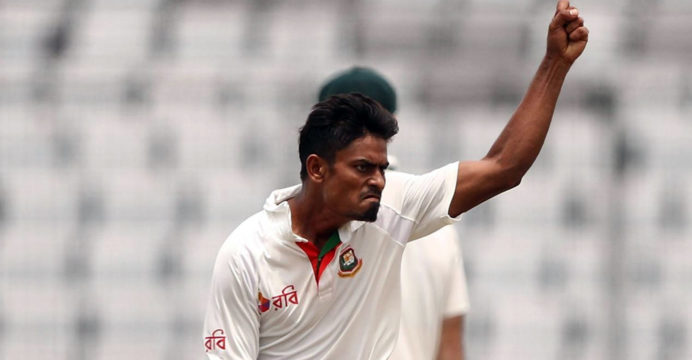 Bangladesh left-arm spinner Taijul Islam is all set to become the fastest to the mark of 100 Test wickets for the country, eclipsing Shakib Al Hasan when he plays the Test against Afghanistan on Thursday at the Zahur Ahmed Chowdhury Stadium (ZACS) in Chattogram.

Taijul had already 99 wickets under his belt, playing just 24 matches and a wicket in the Test against Afghanistan would make him the fastest to 100 wickets for Bangladesh. Shakib played 28 Test matches to reach the feat.

Since the pitch is believed to be conducive to the spinners, the record is highly likely for the soft-spoken player who always chooses to be out of the limelight. 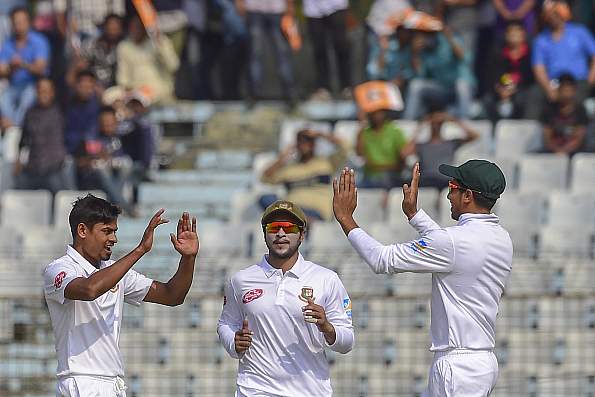 If he gets one wicket, he will, however, be the only third Bangladeshi bowler to get 100 wickets in Test cricket after Shakib Al Hasan and Mohammad Rafique. Both Shakib and Rafique are left-arm spinners and if Taijul joins them, the world would see for the first time such instance.

Mohammad Rafique was the first Bangladeshi bowler to reach such milestone achieved the feat in his 33rd Test match.

Just a wicket away from his 100th, Taijul was keen on getting many wickets that focusing on the landmark. “I don’t think these things too much,” he said some days ago.

“When I get into the field, I try to bag five wickets, six wickets. I don’t play for one wicket. I always think to help the Bangladesh team,” he said.