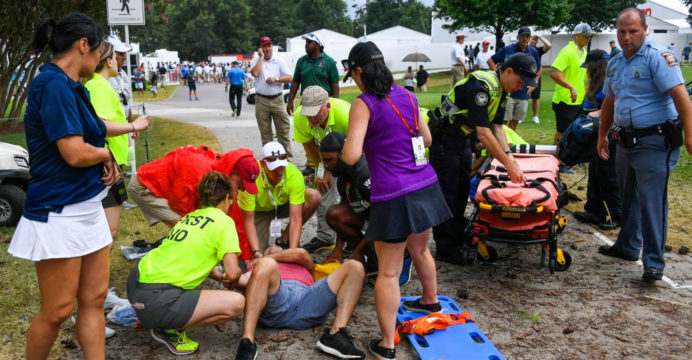 Six spectators were injured when lightning struck a tree during the third round at the Tour Championship in Atlanta on Saturday, the PGA Tour said in a statement.

“At 4.45 p.m., there were two lightning strikes at East Lake Golf Club; a tree near the range/15 green/16 tee was hit, and debris from that strike injured four people,” the Tour said.

“(Emergency personnel) tended to those fans and two others immediately and transported them from the property via ambulance for further medical attention.

“Our latest report is that their injuries do not appear to be life-threatening.” 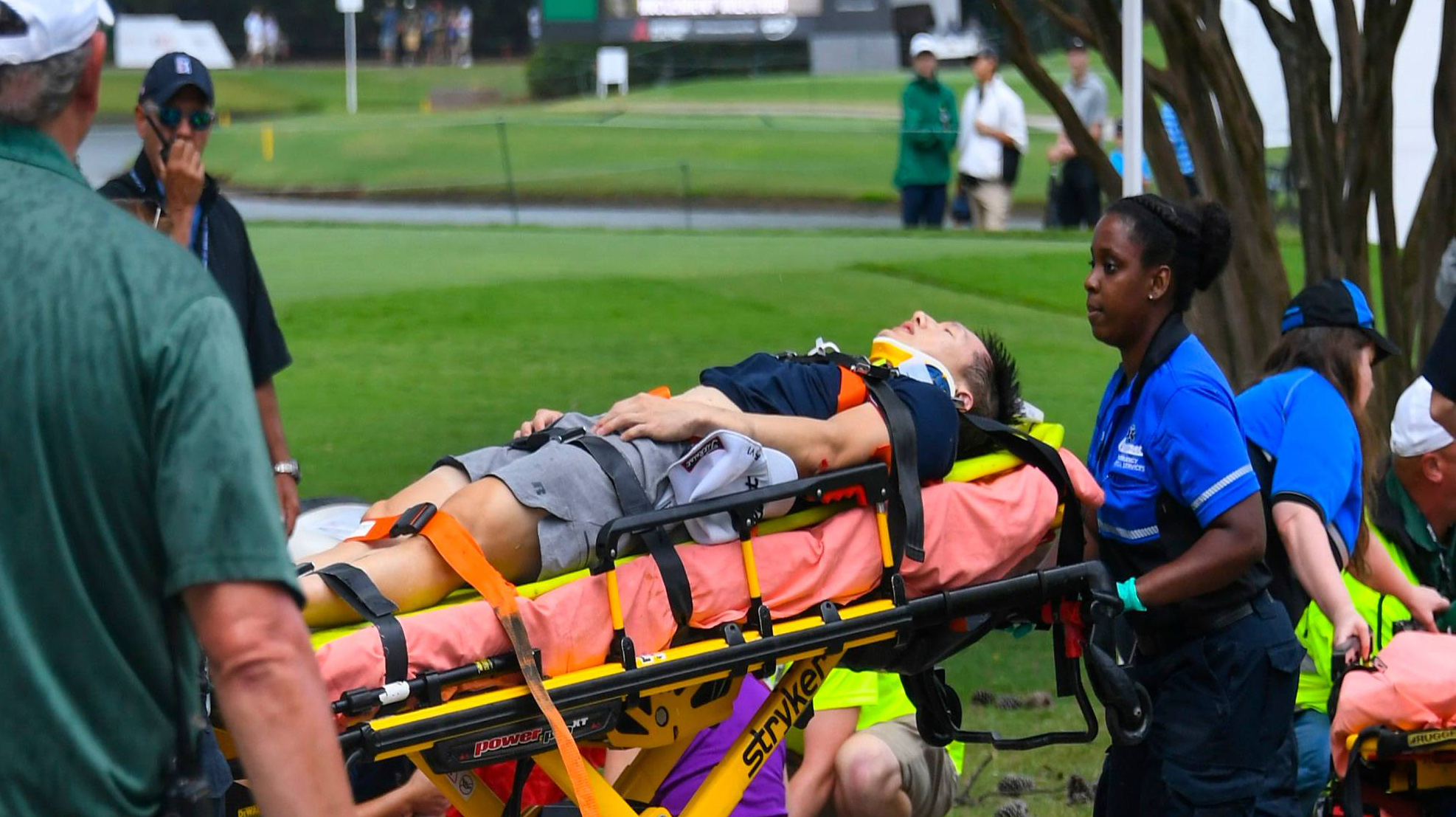 The strike occurred 28 minutes after the third round had been halted when thunderstorms popped up over the course, said Tour rules official Mark Russell on the NBC broadcast.

Professional golf tournaments became far more vigilant about stopping play amid the threat of lightning after two spectators were killed at separate major championships in the United States in 1991.

Saturday’s stoppage came after the leaders in the 30-man field had completed only five holes in the season-ending event.

The winner on Sunday will collect a record first prize of $15 million.