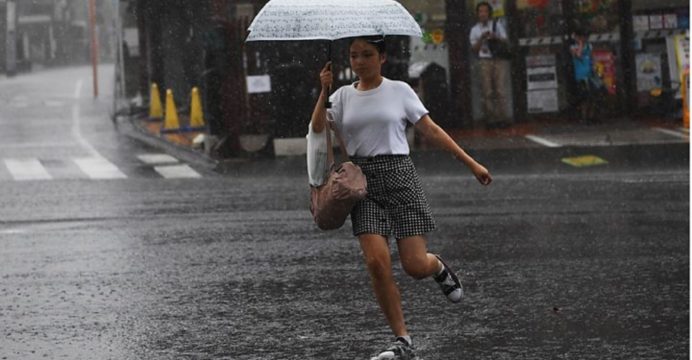 49 injured in Storm Krosa in Japan

At least one person has died and 49 have been injured after a tropical storm barreled through parts of Japan, state broadcaster NHK reported.

Storm Krosa made landfall near Hiroshima in southern Japan on Thursday and is now moving north, according to Japan’s Meteorological Agency.

More than 400,000 people were advised to evacuate. Around 800 flights and train services have been canceled, sabotaging travel during the summer holiday season, reports BBC.

An 82-year-old man in Hiroshima prefecture died after falling into the sea on Thursday morning while tying up a boat amid strong winds, news agency Kyodo said.

Krosa has now been downgraded to a tropical storm. It was previously classified as a severe tropical storm, one notch below the typhoon category.

Even before landfall, heavy rain left a group of 18 people stranded at the banks of a rising river. They were evacuated to higher ground to be rescued.

Local media said the train cancellations had hit connections on the island of Shikoku, as well as many Shinkansen bullet trains between Tokyo, Osaka, Hiroshima and the south-western province of Fukuoka.

Ferries to Shikoku were canceled as high waves lashed the coast. The travel disruption is thought to have affected millions of people who are visiting their hometowns for the Bon holiday, when Japanese people traditionally pay respect to their ancestors.